HAVANA TIMES — Composer Frank Federico Boza has been a professional musician for 35 years and the director of his own, orchestral ensemble for the last 20. Our conversation begins with a look at a rather well-received tendency we see in Cuban music, the use of crude refrains which draw from the language typical of underprivileged sectors of Cuban society.

“I don’t like using rough language for shock value; you don’t need it to remain popular. The important thing for me is being true to myself, working from my roots up, to sing about the beautiful things you see in this country.”

However, the catchiest songs have refrains that say things like: “If you don’t have a stomach for killin’, step down and let yourself be killed.”

“Look, Mr. Reporter, people forget the palm trees, the fruits of the earth, the city of Baracoa, its cocoa, its coffee, its papayas and other fruits, the people who work the land, Cuba without politics, the things we should remember and celebrate. To stay at the top, some people will do anything, from buying someone else’s musical numbers to using cheap commercial tactics.”

HT: So, is it a problem of corruption, of bureaucracy? As an artist, you see these problems in the field of music itself?

Frank Federico Boza: Let’s not be too harsh and say it’s a combination of luck and the fact that, perhaps, people are simply not interested in some ideas. If we worked from the bottom up, people who judge you afterwards wouldn’t get to decide what to produce, whether you get to travel or not, whether your music is played on TV, etc. That is, we need to democratize the process. I am not trying to be political when I use this word. I use it to mean an effective control over something, having the opinion of the artists, the musicians themselves.

Boza was born in El Entronque de la Maya, a small town near Santiago de Cuba. After completing his military service, he became an amateur musician and played at the Nueva Gerona Cultural Center in Cuba’s Isla de la Juventud.

FFB: I started out at a typical Cuban brass band, similar to Aragon or the Original de Manzanilla. I went from being an amateur to a professional percussionist. I enrolled at the Vocational Advancement School (Escuela de Superacion Profesional) and completed drumming and piano studies. I was already composing my own music when I took on the challenge of moving to Havana, in 1991.

HT: What role do lyrics play in your conception of art?

FFB: I sing to flowers, to palm trees, to children, to good ideas and good things. Ideas know no borders. My album, A Bit More Son (Algo más del Son) is sold out, and is faring quite well abroad. I got to know the Sucu Suco genre at Isla de la Juventud and wanted to do my own version of this very old son tradition, with a small ensemble, like a jazz band. At first, I met with a lot of rejection and distrust, but I stuck to my idea, I was persistent.

HT: What did you want from your band?

FFB: Like I said, I wanted a small, typical band, like NG La Banda, to give you an example. We had our debut at La Tropical. I pushed my ideas through. At first, people said I was crazy, but, in the end, they were hugging me with emotion. I had managed to re-launch the Sucu Suco from Pinar del Rio in a different style, something completely original. That’s when people started to congratulate me. There were people who wanted to work with me and that’s how Algo mas del Son, produced by Cuba’s EGREM label, was born. It was produced by Rafael Chacon and includes a song, inspired by a short story by former Minister of Culture Abel Prieto, sung by Sara Gonzalez, Guisazo’s Fault (La Culpa del Guisazo). The album also includes classic pieces from the genre, such as The Piglet’s Tiny Tail (El rabito del lechón), a masterpiece by Mongo Rives, Pinar del Rio’s folk music king.

My experience as a journalist is that Cuba tends to forget its musical traditions, and only regains an interest in them when a daring entrepreneur comes along and draws its attention to it. The Sucu Suco could be as fortunate as traditional ballad music from Santiago de Cuba or the Buena Vista Social Club. Many bands simply copy others, they’re part of commercial enterprise aimed at making a bit of money, getting on a plane, earning a bit more money, returning and continuing to do what they do in show business. Save for some rare exceptions, I don’t see a lot of originality around.

FFB: That’s the way it is, Vicente, and it’s because they don’t go to the root of things, they don’t go looking for the truly valuable artists. You see a lot of people who’ve been to school, working with the same directors and arrangers. They’re there, but they don’t produce anything novel. In the old days, Chapotin was Chapotin and Chocolate was Chocolate, La Aragon was her own unique thing and Benny quite another. When you see something original, look into it, you’ll see it didn’t come out of any school, and I say this not to deny the importance of schooling. Like I said, I am grateful for the opportunity to study I had when I was a young man who had just come out of military service. I was able to become a musician thanks to that.

HT: Are you satisfied with your career? What paths lie ahead of you? What challenges?

FFB: I’m not in the least bit satisfied, though I am pleased to be able to say the band has been playing in Havana for twenty years and that it continues to be successful. We haven’t travelled abroad, and we have a new series of songs for another album, which I’m sure will sell. It’s not a question of moving up or down, the important thing is to stay where you are, to hold your ground. The fact you’re not at the top isn’t always your fault. Whether people see you or listen to your music doesn’t always depend on what you do.

It seems we live in a world that is chaotic and out of control. Money talks and bureaucracy sets the rules. 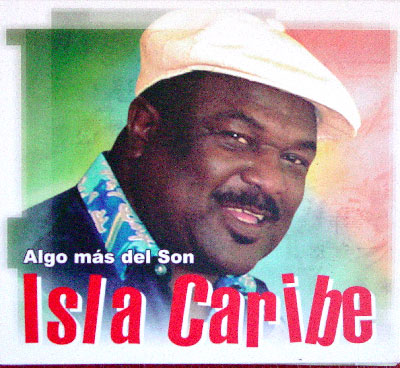 I’m not into naming names, I am an artist and it’s not my place. It could be misinterpreted. But, let me tell you, even shows are suffering, because venues no longer have artistic directors, people who guide you, tell you what’s appropriate for the place, the time, the audience, people who can organize a show rationally.

HT: You spoke of the so-called “academic sin”, but you recognize the value of schooling nonetheless.

FFB: Music schools do produce relatively qualified musicians, but, as time passes, and with the new educational system in place, we start to see more and more of the same. Before, you had conservatories and maestros, without the massive classrooms you have today. New things emerged when you stepped out into the real world, when you got on stage or went on tour, when you recorded an album. It was a different and highly competitive world, with no room for boredom, repetition or coarseness.

HT: Maestro, the sad thing is that, while you sing about beautiful things, others compare themselves to a bus and yell stuff like “Oil and water, I’m a bus, get out of the way or I’ll run you down.”

Boza takes my hand and says:

FFB: Polo Motañez, born and raised in the Cuban sticks, was rescued from oblivion by a European label. The old men from the Buena Vista Social Club, that was a project put together very far away from here. I think you start to see where uniqueness is appreciated, where permanent success is found…

HT: So, Boza, what’s more important to you, school or life experience?

FFB: Life is a school, but it teaches you things in due course. When I was a student, I was young, I had less experience. Today, I have the experience that the school of life has given me, and that’s the reason I think the way I do.