HAVANA TIMES, 22 ene — “Influencia” is a group from Santiago de Cuba that in November 2011 participated for the first time in the International Competition of Young Jazz Artists – “Jojazz.” Competing in the performance competition, they played songs in three different styles:  standard, Latin and free.

Though very young, the group displays a remarkable level of cohesion and harmony.

HT: It’s unusual to see many people here in this event who study music in other provinces. How did your group wind up at JoJazz?

Influencia: Last year we decided to create a program for presentation but it was a little late, so we left it for this year. The group was formed with the purpose of coming here, and we’ve been working together for a year and two months with that aim. 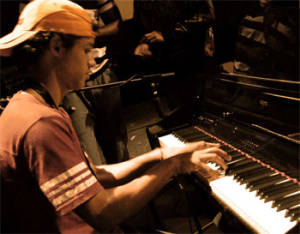 HT: Are all of you students?

Influencia: We’re all students except for the saxophonist, who already graduated. We’re from the Esteban Salas Conservatory. The director, Orlando David Fuentes is a Santiago native in his fourth year of studying percussion. The other members are our trumpet player Eduardo Bringuez, also from Santiago; Daniel Estrada from the Segundo Frente School; pianist Angel Toirac, from Caimanera, Guantanamo; our bassist Jose Raul from Media Luna in Bayamo, Carlos Perrote on the drums and from Versailles; and the saxophonist, who’s from Santiago.

HT: You’re all from many places but working in a single group.

Influencia: Yes, but we all live on campus, right now all of us live together in Santiago.

HT: Why did you come to JoJazz?

Inluencia: Well, it’s that this is the music that we feel good about playing. We’re able to express our feelings. We identify with it. From the time when each of us was little, we would listen to jazz. Our parents taught us to listen to Miles Davis and other good jazz musicians.

HT: Do you have a place in Santiago where you perform? 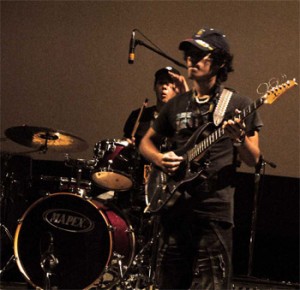 Influencia: Yes, we play at the local UNEAC facility, in a space they’ve given us, and at Macujazz. Soon a new jazz club will be opening sponsored by the sculptor Robert Lescay. There are high hopes for this. The aim is to attract musicians from Havana, the most famous ones, like Cesar Lopez and Chucho Valdes.

Jazz is starting to surge in Santiago now. It’s on the rise because Santiago has always been the home of son music. Havana is the capital, where there’s everything; it’s the home of timba, salsa and reggaeton and all, but in Santiago there’s only son. So for us a jazz scene is being created, people are beginning to hear jazz, and we’re developing our public.

HT: You are all very young, with your futures ahead of you.

Influencia: Ours ages range between 16 and 20 – except for the saxophonist, who’s 25. 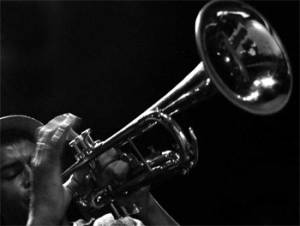 HT: The group was created to participate in JoJazz, but now are you thinking about staying together?

Influencia: Yes, we’re going to stay together as a group, and we’ll perform here next year.

HT: You’re not thinking of competing in the composition category?

Influencia: Actually, the song we’re playing now in the instrumental format for the final qualifying round was written by our trumpeter, Eduardo Bringuez, and we have another song by our saxophonist.

HT:  Well, we wish you good luck for now and for next year.