Ortega’s departure will leave a lesson: “Not to believe in caudillos ever again” 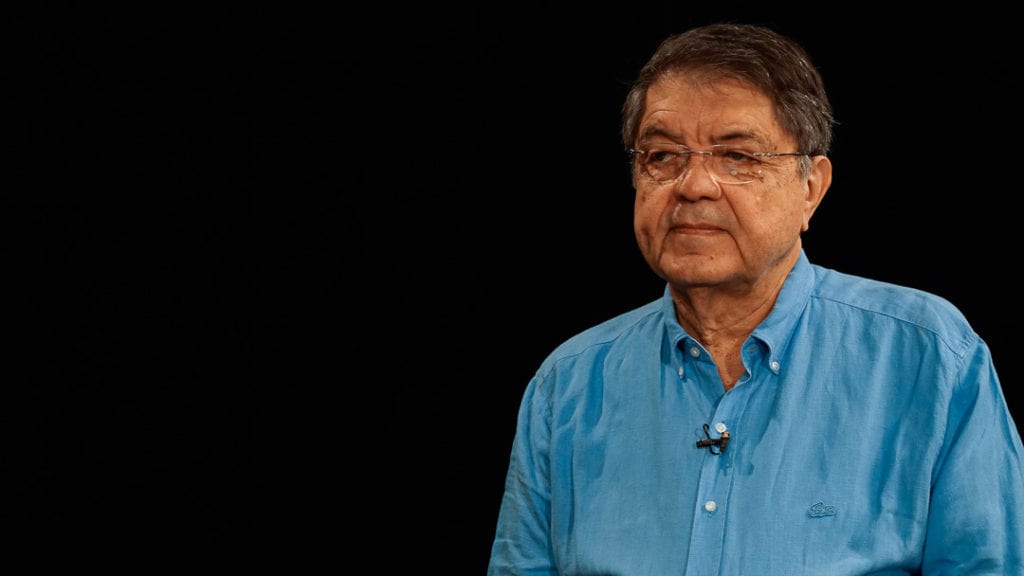 Writer recalls that the departure of Somoza occurred “in the framework of international pressure,” with the United States and the OAS as actors

HAVANA TIMES – For the award-winning Nicaraguan writer Sergio Ramirez Mercado, the Ortega dictatorship makes a “futile” effort to gain time in negotiations with the Civic Alliance, because time is gained when there is a future, but the regime has “none” and is heading to its end. And that outcome and departure of the dictator Daniel Ortega will leave a great lesson to Nicaraguans: “not to believe in caudillos (strongmen) ever again.”

“I think it’s the first time that the country has the opportunity for an institutional change without anyone perching himself and then refuse to get down,” said Ramirez, who was Vice President of Nicaragua during Ortega’s first term, between 1985 and 1990.

In an interview for the program “Esta Semana” (This Week), the writer stressed that many times citizens made the mistake of wanting a leader. [In doing so] “we are sticking the knives to ourselves.”

After the departure of Ortega, Ramirez believes that “the first thing is to build a strong and well defined electoral institution that does not respond to certain political interests.” In addition to “a Supreme Court with judges and courts that are also far away from political influences. That is how we are going to learn to walk and have governments that obey the law.”

In this process of transition, the author emphasized that the Nicaragua Army should play “a role,” which he hopes will be “in favor of stability.”

The solution is through negotiations

The novelist defends the permanence [of the Civic Alliance] in the national dialogue, although “the negotiation suffers so many upheavals, and despite the fact that there is no sign of political will and seriousness on the part of the regime.”

“When people ask me what are the alternative solutions to the negotiating table, the world darkens, because we would be talking about alternatives that involve violence,” said Ramirez. He added: “the persistence in seeking a way out is the only way that I see to continue trying to find a solution, which first goes through demanding the government the fulfillment of the agreements that are already signed.”

On April 29, the government and Civic Alliance delegates had almost agreed on the early release of some 232 political prisoners—belonging to a reconciled list—and the restoration of public freedoms, such as the right of expression and demonstration. However, the dictatorship disavowed its own negotiating team and stepped back.

Ramirez underscored that “those contradictions are not new in the conduct of Daniel Ortega,” and recalled that “in the electoral defeat 1990, in his speech at dawn [on Feb. 26], Ortega accepted the defeat, that Dona Violeta had won and that the Sandinista Front had to peacefully hand over power. However, the next day he gave another speech completely different, contradictory, where he called to defend power from below and began the acts of violence against the Government.

In June, the General Assembly of the Organization of American States (OAS) will evaluate the application of the Democratic Charter to Nicaragua. In the same month, the 180-days deadline will expire for the State Department to present a report on the situation of Nicaragua, within the framework of the Nica Act.

The former VP believes, “the resolution of all these external factors will be against” the regime, consequently “the pretension of gaining time has always been useless. There is time to gain when there is a future in a negotiation, and here I see none for the regime. Here I don’t see anything but the worsening of the sociopolitical crisis and the narrowing of circumstances in which the country lives.”

“I think the context of international pressure and the stagnation of the situation goes against him (Ortega). He will have to start giving ground and comply with the agreements,” said Ramirez.

“I see (in the national dialogue) two visible actors, the Government and the Civic Alliance, but all these (external) actors are present and have a decisive influence,” he added.

Ramirez recalled that the departure of Nicaraguan dictator Anastasio Somoza Debayle (1979) occurred “within the framework of international pressures,” with the United States and the OAS as external actors.

“We negotiated Somoza´s departure directly with a special representative of President (Jimmy) Carter,” said the writer, who added: “there was a very delicate negotiation process between the Sandinista Front and the United States. But now, when the United States appears on the scene there is talk of interference.”

“When we negotiated with the United States the departure of Somoza and negotiated in front of the National Guard itself how the organization of the country would be after the downfall of Somoza, there was a guerrilla struggle behind us. The negotiation was measured by the weight that the military struggle had each day. Today, there is no military struggle, therefore, it may seem that these people [the Civic Alliance] are negotiating helpless. But they are not helpless, because they have popular support and from different social sectors. It would be a mistake to seek to disperse or weaken it,” he reflected.