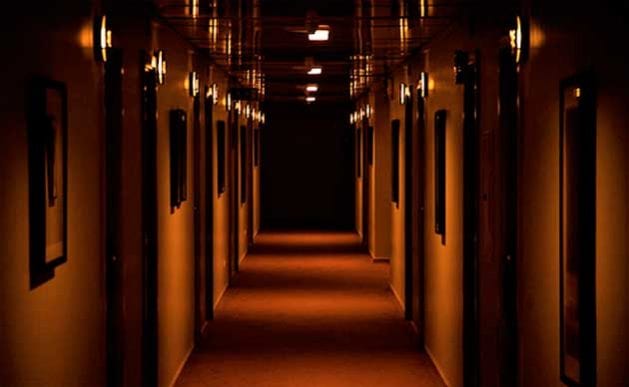 HAVANA TIMES – Being a frequent visitor to the Dominican Republic, where I occasionally have enjoyed the high standard, security and excellent service of its resorts, I became puzzled by recent, quiet excessive media reactions to statistically insignificant cases of deaths in these resorts.

The number of demises in Dominican resorts have been more or less the same over the years and do not at all differ from those of most other tourist destinations. People die in hotels all over the world. There may even be specific reasons for this and they are far from being unique to the Dominican Republic.

Hotel rooms are liminal spaces on the borderline between everyday life and something different. Unknown people have lived there before us, while strangers will occupy the rooms when we have left. During the Edo-period (1600-1867 CE) the red-light district of Edo (modern Tokyo) was called Ukiyo, the floating/transient world.

Several modern hotels can be described as Ukiyoes, where people tend to behave quite differently from what they do at home. Drugs, excessive sex and other forms of “misconduct” are temptations in places you can leave without cleaning up after you. Furthermore, abnormal behavior may be fostered by “all-inclusive” drinking and eating binges.

Within the unfamiliar and secluded confinement of a hotel room you and your traveling companion/s may furthermore be prone to complaints and abuse you otherwise would refrain from. Our mind and bodies may also be exhausted after intensive day trips, heat and sunburn, conditions worsened by the content of “private pharmacies” tourists tend to bring with them. To sum up – reasons for suffering sickness and even facing death in hotel rooms may be numerous.

In fictitious tales, hotel rooms provide the stage for horrific events and have been part of literary genres ever since the mythological villain Procrustes invited travelers to spend a night in his inn, where he stretched out, or cut off, their limbs to make them fit into his beds. A Victorian horror writer like William Wilkie Collins excelled in tales about hotel horrors, like The Dream Woman, A Terribly Strange Bed and The Haunted Hotel, the last one dealt with English tourists in Venice.

Many of the murder mysteries in Agatha Christie´s 66 detective novels have hotel rooms as their main setting and they are also a common ambiance in Stephen King´s horror stories, whose The Shining and 408 became successful movies, together with other hotel horror blockbusters like Psycho, Vacancy and No Country for Old Men.

In Disney´s amusement parks in Orlando, Paris, and Tokyo you might enjoy a ride within The Twilight Zone Tower of Terror, a skyscraper hotel inspired by a famous TV series. Several ”documentaries” like the popular America’s Haunted Hotels have presented mysterious happenings referred to by employees and guests working and staying in frightening hotels.

Prominent among haunted US hotels is the Cecil Hotel in Downtown Los Angeles, which since its opening in 1931 gained a reputation for suicides and violent crimes. That this hotel changed its name to Stay on Main did apparently not distance it from its tragic reputation. Another ”haunted hotel” is The Luxor on the Las Vegas Strip. It has not changed its name and seems to thrive on its lugubrious fame.

Las Vegas may be described as an Ukiyo, a ”Floating World” where people come to indulge in gambling and entertainment. The town’s many hotels appear to confirm the rumor that such places cause both ”natural” and violent deaths. Not only do elderly people die in their rooms from heart attacks and respiratory problems, but people are committing suicide, die from overdoses and/or suffer crime related deaths and violent attacks.

Last year, 205 murders and 1,296 rapes were reported in Las Vegas, a rate of 12 murders and 80 rapes per 100 000 people, while in New York 3 murders and 27 rapes were committed per 100,000 people. The Las Vegas death toll was considerably higher in 2017, when on October 1 a certain Stephen Paddock fired more than 1,100 rounds of ammunition from his suite on the 32nd floor of the Manadalay Bay Hotel into a crowd of concertgoers on the Las Vegas Strip. He killed 58 people and wounded 422. Mr. Paddock´s motive remains undetermined. He was found dead in his room from a self-inflicted gunshot wound.

Hotel related fatalities have not affected Las Vegas´s popularity as a tourist destination and do seldom figure in descriptions of this renowned resort city.

Nevertheless, hotel deaths have recently gained prominence while describing another tourist destination – the Dominican Republic. After Tammy Lawrence-Daley on May 29 posted an account on her Facebook about the attack she suffered on the grounds of The Majestic Elegance Resort, accounts of deaths at Dominican resort hotels have gone viral and are currently being reported on the web, by major TV networks and daily newspapers around the world.

During the past 12 months, six cases of sudden deaths of US citizens at hotels in the Dominican Republic have been reported. In July last year, a 45-year-old man died in his hotel room after a heart attack and in April this year a 67-year-old man died at the same resort after “drinking a Scotch from the minibar”.

In June 2018, a 51-year-old woman died in another resort. She had also “had a drink from the minibar”. On May 24 this year, a woman died from a heart attack in another Dominican resort, she was 41 years old. A few days later at another resort, a 63-year-old man and his 49-year-old wife died from “respiratory failure and pulmonary edema.”

Since these cases were revealed, numerous reports are appearing from people claiming to have become sick at hotels in the Dominican Republic, among them a couple who recently filed a lawsuit against a resort asking for $1 million after they had been refused a refund after claiming an insecticide had made them sick.

More than two million US citizens visit the Dominican Republic every year, making up about a third of the country’s tourists. Several question marks may be added to the recent reports that already have had damaging effects on the Dominican tourist industry.

Foremost among them are – Why is there suddenly such an intense reporting about six resort related deaths among 6.5 million visitors to the Dominican Republic? Particularly since deaths at hotels are not entirely uncommon, not the least in the US. The Dominican Republic is furthermore known to be comparatively safe for tourists, at least considerably safer than Las Vegas.

Reporting of Dominican tourist deaths was triggered by Tammy Lawrence-Daley´s not entirely crystal-clear story. She did not place her account on Facebook until three months after the event, stating she had been attacked around 11 PM by a man wearing a Majestic Elegance uniform. Her husband did not report his wife’s disappearance until three and a half hours later and she was found by 6:40 in the morning “at a restricted area of the hotel”, showing bruises on her face and with a broken fingernail, though without the signs of the brutal violence evident on the photos she revealed on Facebook.

I cannot assess the veracity of Mrs. Lawrence-Daley´s statement, though I am inclined to question if her misfortune and six resort deaths within a year are reasons enough for placing the entire tourist industry of a country in jeopardy. A horror tale affecting not only hotel owners, but the hundreds of thousands Dominicans whose livelihood and that of their families depend on tourists visiting their island.
—–

*Jan Lundius holds a PhD. on History of Religion from Lund University and has served as a development expert, researcher and advisor at SIDA, UNESCO, FAO and other international organizations.