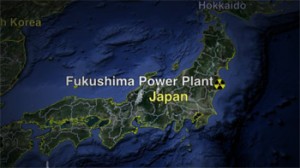 HAVANA TIMES — A Japanese parliamentary inquiry has concluded last year’s nuclear meltdown of the Fukushima Daiichi nuclear power plant was “a profoundly man-made disaster — that could and should have been foreseen and prevented.”

We speak to former nuclear industry executive Arnie Gundersen about the report and what it means for U.S. nuclear facilities, in particular the 23 with a similar design to the Fukushima plant.

“There’s actually some curious information on Fukushima Unit 1. That was the first one to fail,” Gundersen says. “That was built by an American company, General Electric, and an American architect/engineer. So it’s hard for the Japanese to blame themselves, when this was an all-American design. … I am concerned that the industry, the nuclear industry in the United States, will say it’s a Japanese problem. And it’s not.”

JUAN GONZÁLEZ: We begin today’s show in Japan, where a new parliamentary inquiry has concluded last year’s nuclear meltdown of the Fukushima Daiichi nuclear power plant could have been prevented. The investigating commission appointed by the Japanese Diet concluded, quote, “It was a profoundly man-made disaster—that could and should have been foreseen and prevented.” The commission held the government, regulators and a nuclear operator responsible for the triple meltdown that occurred in March 2011 after a powerful earthquake and tsunami struck the country’s northeast coast.

Shuya Nomura is a member of the commission investigating the nuclear accident.

SHUYA NOMURA: [translated] Man-made disaster, we are able to say, that based on all the facts gathered, that the cause of the accident was, in fact, we believe, to be man-made.

JUAN GONZÁLEZ: The more than 600-page report urged greater safety around nuclear plants and called on parliament to closely monitor a new nuclear watchdog due to be launched in a few months. It also urged the government to be more transparent about its relationship with the nuclear industry.

Meanwhile, last weekend, thousands marched across Japan to protest the resumption of nuclear power generation. The country halted its nuclear production earlier this year for the first time since the 1970s but resumed on Saturday by bringing one shuttered plant back online. This is protester Akiko Kondo.

AKIKO KONDO: [translated] While saying they’re going to restart, there continue to be various problems, even with Oi nuclear power plant. When I hear this, and under these circumstances, to have the plant running, all I can really say is that the government and all those involved really shock me.

JUAN GONZÁLEZ: Well, for more, we’re joined by Arnie Gundersen, a former nuclear power industry executive. He’s the chief engineer at Fairewinds Associates and co-author of the Greenpeace report, “Lessons from Fukushima.” He often provides independent testimony on nuclear and radiation issues to the Nuclear Regulatory Commission and other government agencies.

ARNIE GUNDERSEN: Hi. Thanks for having me.

JUAN GONZÁLEZ: Well, your initial reaction to the report released by the Japanese parliament?

ARNIE GUNDERSEN: Well, you know, we can no longer call it the Fukushima Daiichi accident. An accident is when a bolt of lightning comes out of the blue, and you have no idea why—what caused it. This report hit the nail on the head. This was man-made. The Japanese have known for at least 20 years, and perhaps a lot longer, that tsunamis of the size that could hit Fukushima Daiichi were in fact likely and never did anything about it. There’s a coziness between the regulator and the people that run the nuclear power plants, not just in Japan, but worldwide. This report focused on that relationship between the regulator and the power plant owners in Japan.

JUAN GONZÁLEZ: And one of the fascinating parts of the report is that it says that at least one of the reactors may not actually have been damaged by the tsunami but actually by the earthquake itself, that preceded the tsunami, which would at least suggest major structural flaws in the design of these reactors to withstand earthquakes.

ARNIE GUNDERSEN: Yeah, there’s actually some curious information on Fukushima Unit 1. That was the first one to fail. Interesting, too, that was built by an American company, General Electric, and an American architect/engineer. So it’s hard to—for the Japanese to blame themselves, when this was an all-American design. Strange things happened before the tsunami hit on Fukushima Daiichi Unit 1.

Also, though, there’s some bulges in Fukushima Daiichi Unit 4. And those bulges are called something: a first mode Euler strut bulge. And they’re definitely seismically induced. So, I don’t think the nuclear industry wants to acknowledge that their seismic codes may be faulty, but I think it’s certainly likely, and I agree with the report.

JUAN GONZÁLEZ: And what implications might this have for other nuclear plants here in the United States, for instance, who maybe have had the similar design to the—to Unit 1 in Japan?

ARNIE GUNDERSEN: There’s 23 plants in the United States that are essentially identical to all three of the Daiichi plants that blew up. And, you know, I’m of the opinion that they should all be shut down. We had a bad design back in the ’70s. This design was known to be bad. There were a series of Band-Aid fixes, but it never really got to the root cause that this is just too small a containment. It’s interesting. Two days after the accident, Nuclear Regulatory Commission key people were discussing it, and one of them blurted out, “These are the worst containments in the world.” So if we know they’re the worst containments in the world, why are those 23 plants still running in the United States?

JUAN GONZÁLEZ: And where are some of those 23 plants in the U.S.?

ARNIE GUNDERSEN: There’s a few in the East: Pilgrim, Vermont Yankee, Oyster Creek. There’s a bunch in Illinois: the Dresden plants right near Chicago and the Quad City plants. And there’s also several in the Southeast. So they’re all essentially east of the Mississippi but in—near areas where there’s high population densities.

JUAN GONZÁLEZ: And the parliament report was also deeply critical of the response to the disaster by the government and by TEPCO, the operator of the Daiichi reactors. Could you talk about that, as well?

ARNIE GUNDERSEN: Yeah. I was on CNN three days after the accident saying that this is as bad as Chernobyl. And the Japanese never made that acknowledgment for eight weeks. And that affects emergency planning. They didn’t move women and children out of the high radiation areas fast enough. They really didn’t want to admit what independent observers knew was already occurring. And it’s a separate catastrophe from the fact that they had ample warning that it could happen.

JUAN GONZÁLEZ: And when you say you initially warned that it was as bad as Chernobyl, what is your assessment now, with all the additional information that’s come out, as to the potential long-term impacts of what happened in Japan?

ARNIE GUNDERSEN: If there’s any luck here, it’s that the wind was blowing offshore, and about 80 percent of the radiation wound up in the Pacific. The amount of radiation released was clearly as much as Chernobyl, but most of it headed out to sea. That, by the way, wouldn’t be the case in Illinois, for instance, where these reactors are surrounded, no matter which way. My estimate is that over the next 30 years we’re going to see about a million cancers as a result of this. And, of course, it could have been worse had the wind not been blowing out to sea.

JUAN GONZÁLEZ: The report also was—criticized the decision of the Japanese prime minister to rush to the site within a day of the disaster, saying that he actually impeded and delayed the efforts of the workers on the scene to control the disaster. Could you elaborate on that?

ARNIE GUNDERSEN: You know, when you bring in the prime minister, attention is diverted from what’s really important, which is the nuclear accident. You know, Jimmy Carter did that right after Three Mile Island. He came about three days after the accident in an attempt to quell the public fears. But this was different. There was a grave disconnect between Tokyo Electric and the prime minister’s office. They didn’t trust each other. And, of course, the prime minister, well, is taking credit, claiming that he forced Tokyo Electric not to abandon the site. And on the opposite side of the argument is that he arrived on site and diverted attention. I think it’s a secondary issue to the broader issue of the fact that, you know, the regulator and the utilities were essentially in bed together.

JUAN GONZÁLEZ: Also, it was quite unusual that the report leveled some criticism at the culture of Japan and the tendency of the public to not question the authorities, to not tolerate dissent, and really suggested that the attitude and the culture of the Japanese public needs to change. Do you consider that unusual in a report of this type?

ARNIE GUNDERSEN: It’s tough for the Japanese to admit that culturally they really respect authority. And I would agree that the report was right spot-on that they need a more healthy dialogue back and forth. But, you know, it’s not just Japan. When—you know, I was a senior vice president, and when I was fired, I was talking to a highly placed nuclear attorney in Washington. And he said, “Arnie, in this business, you’re either for us or against us, and you just crossed the line.” So, the industry, no matter if it’s in the States or in Japan, is essentially a closed fortress, and independent experts have a very difficult time having their opinions aired.

JUAN GONZÁLEZ: And also, what do you think will be the impact of this report here in the United States? Obviously, the Obama administration is on record as supporting an expansion of more nuclear plants here in the United States. And how do you think this will affect that direction that the Obama administration and many Republicans in Congress support?

ARNIE GUNDERSEN: Well, I am concerned that the industry, the nuclear industry in the United States, will say it’s a Japanese problem. And it’s not. The influence of corporate money has an insidious effect on Congress. And it’s really not a Democrat or Republican issue. There are no Democrats and Republicans when it comes to nuclear: they are all pro-nuclear. You know, we just saw that. There were some hearings about Chairman Jaczko, who was the NRC—the head of the Nuclear Regulatory Commission. The industry didn’t like the fact that he was trying to regulate, so they actually had congressional hearings trying to put him on the carpet. And as a result, he resigned. So, this kind of corporate pressure on Congress works its way down to the commissioners. There’s five of them. And the commissioners affect the staff. So it’s just as insidious here as it is in Japan—and, in fact, I think, worldwide.

JUAN GONZÁLEZ: Well, Arnie Gundersen, we want to thank you, former nuclear executive and engineer. Thanks for joining us. We’ll have to break, but we’ll return in a minute. Stay with us.