Special to HT from Julie Webb-Pullman in Gaza 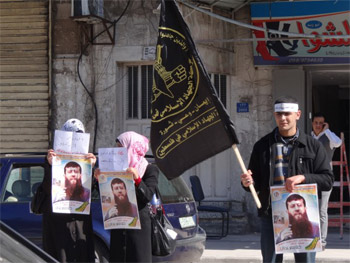 HAVANA TIMES, 21 feb — Gaza today celebrated the news that Khader Adnan had ended his hunger strike following an agreement that his administrative detention will not be renewed, and he will be released by Israeli authorities on 17 April.

Gazans had lined the streets today in protest, banners and posters in hand. Only hours later they were back in the streets, this time handing out cakes and sweets, to celebrate the good news.

Although some are questioning why Adnan is not being released immediately, and why others under administrative detention are not also to be released, the overall verdict is that this is a victory for both Khader Adnan, and for Palestine.

In the words of ex-prisoner Said Helow, who spent three years in an Israeli prison, and has just completed 16 days of hunger-striking in support of Khader Adnan, it is a victory for “pureness and holiness.” 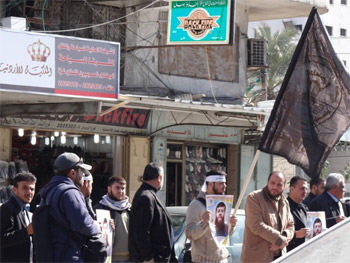 “Khader Adnan said from the first day that his dignity is more precious than food,” he told me as celebrations raged around us.

“The holy man Khader Adnan has lit a candle for all people wanting to be free around the world, showing that will and determination is a powerful weapon against all oppression, everywhere.

“We send this victory as a gift to all the prisoners in Honduras, and to all people struggling to be free around the world.”