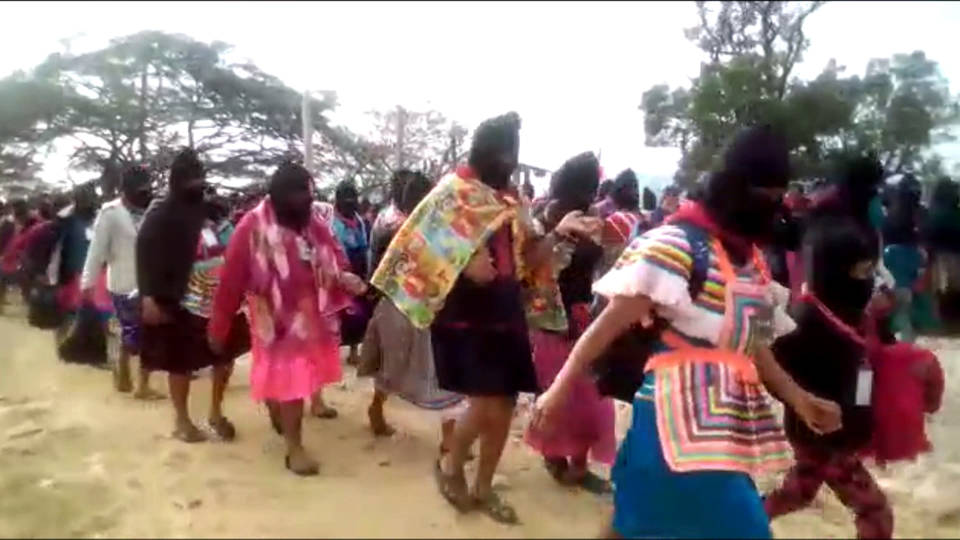 HAVANA TIMES – In Mexico, the Zapatista National Liberation Army announced this week that it is extending its leadership of autonomous indigenous zones to 11 more areas in the southern state of Chiapas.

Some of the new autonomous communities will be established on land that the Zapatistas took during an uprising in 1994 following the signing of the North American Free Trade Agreement.

A statement signed by Zapatista Subcommander Moisés called it “exponential growth that allows us to break the blockade again.” In the same statement, the Zapatistas referred to Mexican President Andrés Manuel López Obrador as “the new overseer” and said that dozens of indigenous activists have been killed since AMLO took office on December 1.

On Monday, AMLO called the expansion “welcome” and said it would benefit indigenous people. The Mexican president has been widely criticized by indigenous communities for his support of a massive infrastructure project that would extend a 950-mile rail network right through the heartland of Mayan indigenous land in southern Mexico.