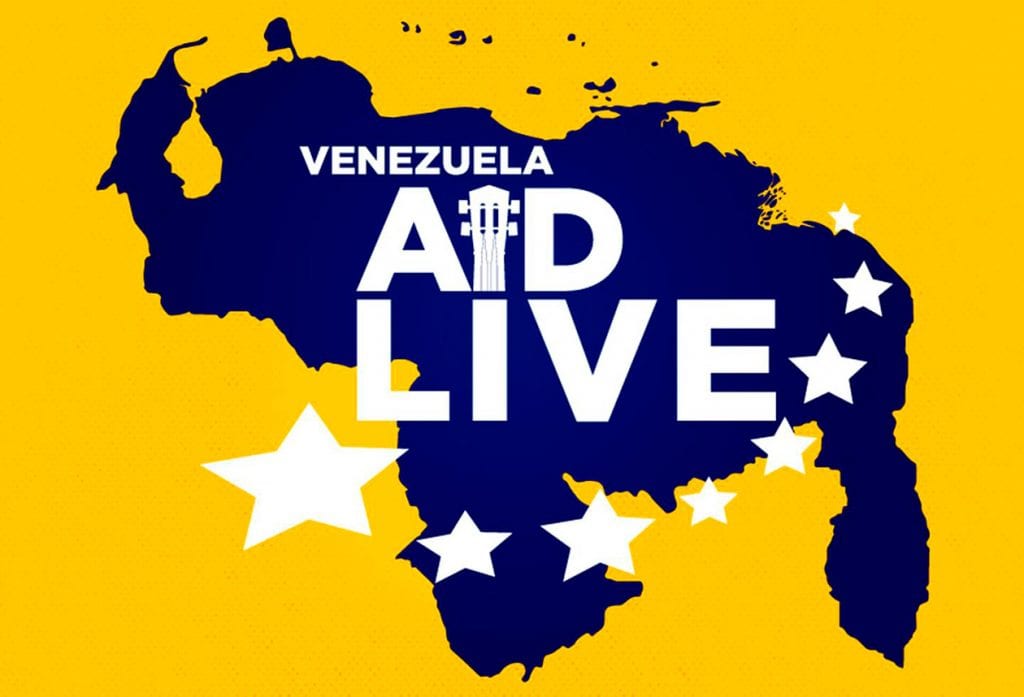 More than thirty artists will join in a mega-concert to help quell Venezuela’s humanitarian crisis. You can watch online

HAVANA TIMES – More than 30 singers and bands will give a free public concert this Friday on the Tienditas International Bridge, located between Colombia and Venezuela, for which they hope to collect more than 100 million dollars that will be donated to the Venezuelan people due to the humanitarian crisis they suffer.

The 6-hour concert will be free and begin at 11:00 a.m. and end at 5:00 p.m. local time. The organizers expect more than 150 thousand people to attend. The event will be transmitted live on the internet through the website https://venezuelaaidlive.com/es/ and it is there where the money is to be collected through donations.

Venezuela Aid Live will be held on the Colombian side of the bridge where the regime of Nicolas Maduro ordered the installation of three containers to block entry of humanitarian aid.

The concert takes place a day before the scheduled date the other president, Juan Guaido, recognized by some 50 countries, says humanitarian aid will arrive.  He has organized thousands of Venezuelans to safeguard the aid once in the country.

The concert is promoted by Richard Branson, a British billionaire, founder of the Virgin Group. Those responsible for collecting donations will be The Solidarity for Colombia Foundation.

“I felt it was important for nations and the world’s population to do everything possible to help solve this problem. At the moment, the military forces do not allow the assistance to enter and we will have a concert with top Latin American artists on the border (…) We will try to convince the [Venezuelan] Military Forces with help, love, in the hippie way, to let the humanitarian aid enter,” he told CNN.

Meanwhile, the Maduro regime announced that on Friday and Saturday it will also hold a concert on the Simón Bolívar international bridge with the slogan “Hands off Venezuela.”  So far it is unknown who are the artists who would sing in that event.

He also assured that he has friends in Caracas, capital of this South American country, and that “until now there is no civil war, no riots, no assassinations, no apparent dictatorship.”

This is not the first time that the British artist openly supports the regime of Nicolas Maduro. At the beginning of February he wrote on his Twitter account: “Stop this latest insanity of the USA, leave the Venezuelan people alone. They have a real democracy, stop trying to destroy it,” in reference to a possible intervention by the United States.

For his part, Richard Branson, the tycoon who promotes this concert, told CNN: “He [Waters] does not understand what is happening in Venezuela, he is one of the few musicians in the world who, honestly, does not know what he is talking about.”