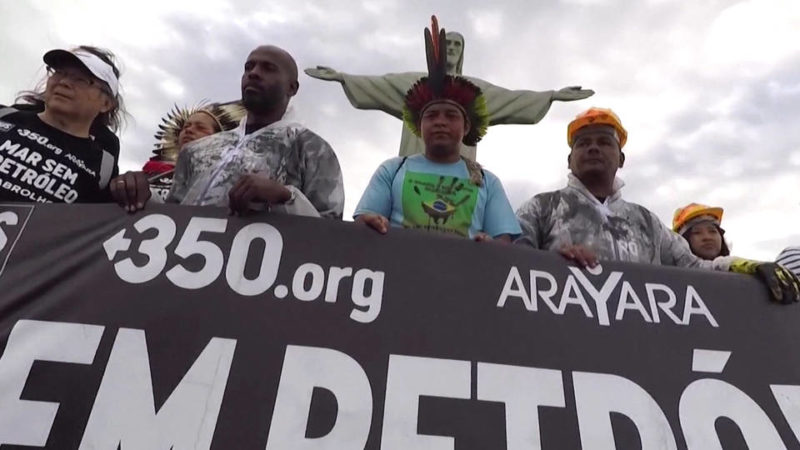 HAVANA TIMES – In Brazil, there are reports of yet another attack against indigenous land defenders amid a string of assassinations against Brazilian indigenous leaders trying to protect the environment from illegal logging. Activists say gunmen hired by local ranchers opened fire with rubber-coated steel bullets against indigenous residents in the southwestern state of Mato Grosso do Sul who are trying to reclaim their ancestral land.

Indigenous Brazilians also rallied Tuesday in Rio de Janeiro to protest the biggest oil auction in Brazil’s history, which will be held today. This is Andreia Takua Fernandes.

Andreia Takua Fernandes: “For the people of Brazil to be free of these environmental disasters that are happening now. People know that this oil spill is a manmade incident. People are here to defend the environment, to fight against what is happening.”