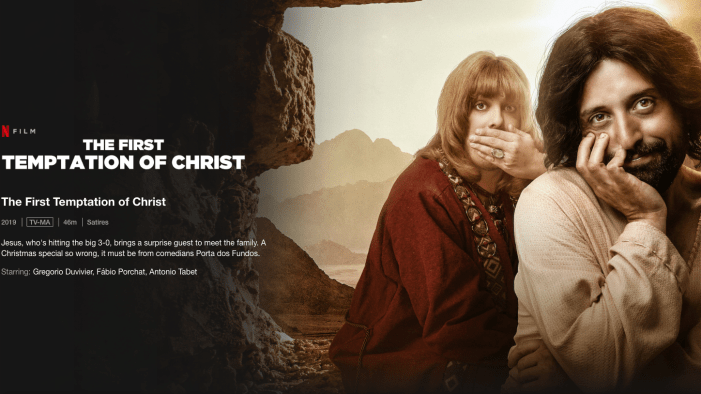 HAVANA TIMES – Brazil’s Supreme Court has overturned a ban on a Netflix comedy showing Jesus as a gay man while the production company stressed the importance of the freedom of expression, reported dpa news.

The movie “The First Temptation of Christ” shows Jesus arriving with a boyfriend at his 30th birthday party. The three holy Kings bring a prostitute to the party and the Virgin Mary smokes marijuana.

A Christian group filed a complaint against the film, and a court in Rio de Janeiro ordered its removal from the platform on Wednesday.

Netflix did not obey the order and filed a complaint with the Supreme Court, which overturned the ban on Thursday.

“It is not to be assumed that a humorous satire has the magic power to undermine the values of the Christian faith, whose existence goes back more than 2,000 years,” Supreme Court President Jose Antonio Dias Toffoli said in his ruling.

Catholic Bishop Henrique Soares da Costa had earlier called the film “a slap in the face of all Christians.” President Jair Bolsonaro’s son Eduardo said it did not represent Brazilian society, and premises of the comedy group Porta dos Fundos were attacked with petrol bombs in December.

Felipe Santa Cruz, president of the Brazilian Bar Association, said the ban on the film represented censorship and violated the constitution.

Porta dos Fundos welcomed the Supreme Court’s decision, expressing confidence that the judiciary will preserve “democratic institutions.” Netflix said the principle of artistic expression “is the heart of great stories.”