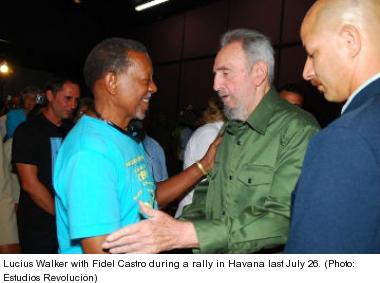 HAVANA TIMES, Sept. 9 — “The Cuban model doesn’t even work for us anymore,” affirmed former Cuban President Fidel Castro in part two of an interview with journalist Jeffrey Goldberg, of the U.S. magazine The Atlantic.

According to Julia Sweig, expert in Latin America of the U.S. Council of Foreign Affairs —who accompanied Goldberg in Havana— the historic leader of the Revolution recognized in this way that the State had assumed too big a role in the island’s economy, reported IPS.

In part one of the Atlantic Magazine interview Fidel Castro questioned the anti-Semitism of Iranian President Mahmoud Ahmadinejad and urged him to recognize the Jewish Holocaust and Israel’s reasons to fear for its existence.