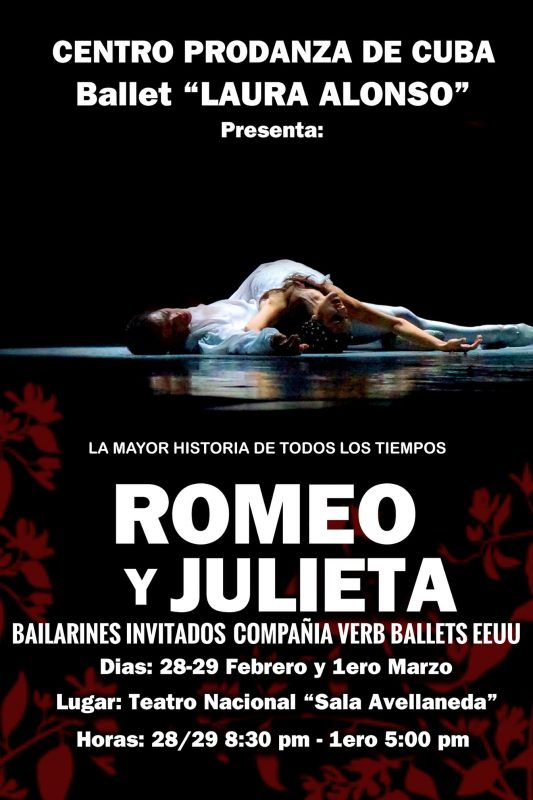 HAVANA TIMES – Verb Ballets, based in Cleveland, Ohio, USA, travels to Havana, Cuba on February 22 – March 1, 2020 to continue a four-year collaboration with ProDanza, the dance troupe announced today in a press release.

The announcement states that the dancers of Verb Ballets will join ProDanza and together present Romeo and Juliet at The Teatro Nacional de Cuba running February 28 – March 1, 2020.

Together known as The Cleveland Havana Ballet Project this production is a continuation of the international collaboration and cultural exchange support by the Cleveland Foundation. This tour marks the second time Verb Ballets has traveled to Cuba.

The classical ballet is staged and directed by Cuban dance legend Laura Alonso, the director of ProDanza. Two international companies will come together in this monumental performance that capture the beauty and tragedy of the greatest love story ever told. The role of Juliet will be portrayed by Lieneke Matte, a dancer with Verb Ballets since 2013. This will be her second tour to Cuba with the company. 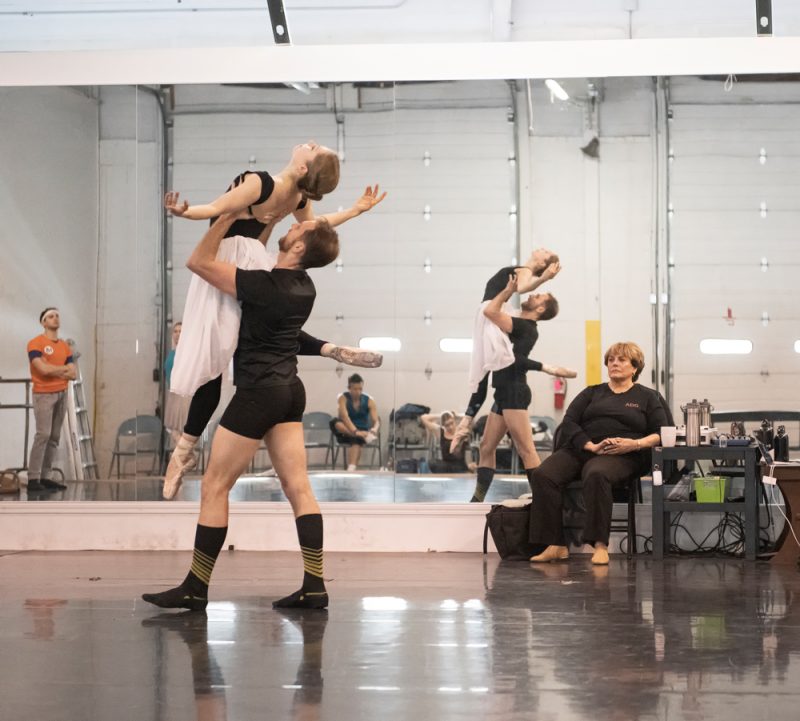 The project began in 2016 when Verb Ballets was invited to participate in Creative Fusion: Cuba Edition, an international artist residency program through The Cleveland Foundation. As a part of a tour visiting Cuban artists, Producing Artistic Director, Dr. Margaret Carlson met Laura Alonso. There, they began the first steps in creating The Cleveland Havana Ballet Project to join the companies for a one of a kind artistic exchange.

In 2017, Alonso came to Cleveland for two months to train the dancers of Verb Ballets in the Cuban ballet method. In the spring of 2018, this groundbreaking partnership toured Cuba for two weeks with performances at The Alicia Alonso Gran Teatro of Havana and the El Teatro Nacional by the combined companies. This significant international collaboration was featured in Pointe Magazine and encompassed performances of traditional Cuban ballets and United States repertory viewed by thousands.

Alonso and the principal dancer from ProDanza, Luz Martinez, returned to Cleveland in February 2019 for the third year of the project exchange to reunite with the dancers of Verb Ballets.

The 2020 season marks the second tour of Cuba and teacher training in Cleveland conducted by Alonso. The company will learn the Cuban ballet method and create a curriculum for the youth program of the Verb Ballets Center for Dance. Verb Ballets will become the second officially approved Cuban ballet school in the country. 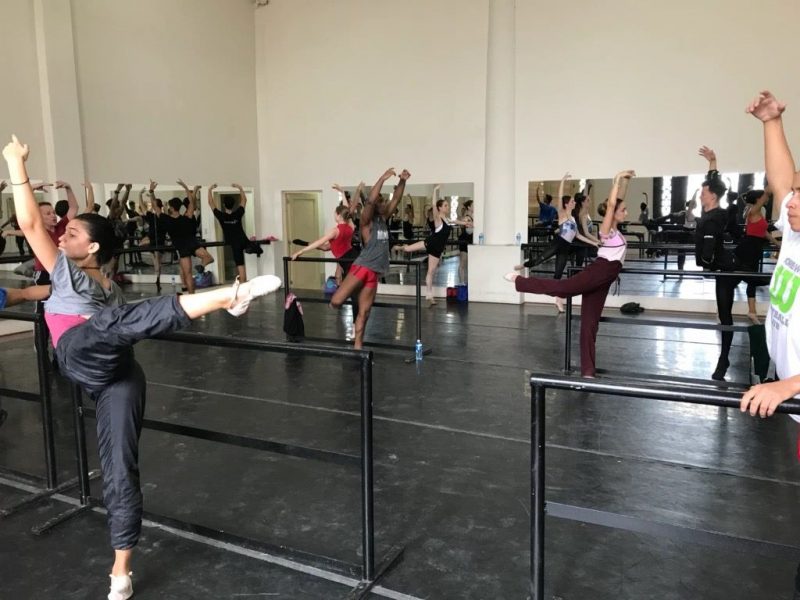 One of Northeast Ohio’s oldest and most respected dance companies, Verb Ballets has gained a reputation for artistic excellence and exemplary community engagement since 1987. Under the leadership of Dr. Margaret Carlson, former principal dancer for Cleveland Ballet, and Richard Dickinson, MFA, former Ohio Ballet dancer, the company is committed to the creation and mounting of dance works of the highest caliber.

The company strives to act as a catalyst to promote learning, nurture wellness, and encourage dialogue about the dance art form. As a contemporary ballet company, the dancers combine classical ballet training with strong artistry. Internationally acclaimed, the company has toured Cuba and Taiwan. Additional information can be found at www.verbballets.org.

Centro de Promoción de la Danza, better known as ProDanza, is a world-renowned center for the study and performance of dance located in Havana, Cuba. Since its founding in 1988, the center has been under the direction of revered ballet dancer and teacher Laura Alonso, the daughter of famous Cuban ballet dancers Alicia and Fernando Alonso. Training is based on the methodology and technique of the Cuban School of Ballet, which began in the 1930s as a distinctive and highly respected approach derived from older European and American methods. ProDanza consistently produces dancers for major companies around the world. ProDanza performs around the globe but, as a big part of the center’s mission is to foster the love of dance in the Cuban people, performances are staged regularly across the island.

Ms. Alonso’s 25-year performing career with Ballet National de Cuba included soloist work in all of the traditional classics. Today she travels around the world teaching and staging the classics for pre-professional as well as professional companies such as London’s Royal Ballet School and The Royal Danish Ballet.

Although born in the United States, Alonso is a resident of Havana where she has an international dance school, Centro ProDanza, which welcomes 1,500 students, and a professional performing company, ProDanza.

Along with her expertise in working with professionals and aspiring professionals, Ms. Alonso is extremely gifted at working with young dancers of all ages and experiences. She is willing to instruct anyone who wants to learn and has transformed students in just a few classes. Alonso’s mission is to bring the highest quality dance to students everywhere.

2 thoughts on “Cleveland, Ohio Dance Co. Leaves for Cuba to collaborate on Romeo and Juliet”