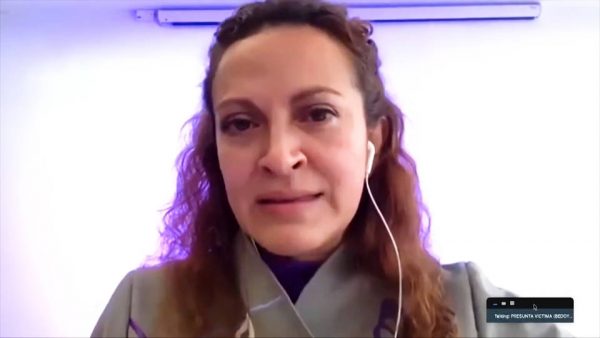 HAVANA TIMES – Colombian journalist Jineth Bedoya has accused state-backed, right-wing paramilitaries of abducting, torturing and raping her in 2000. Bedoya told the Inter-American Court of Human Rights that she was abducted outside a prison in Bogotá while on a reporting trip. She was then drugged, beaten and repeatedly raped by several attackers.

At the time, Bedoya was investigating U.S.-backed, right-wing paramilitary death squads in Colombia. Bedoya said she has since faced decades of “persecution, intimidation and constant threats.” Colombia is attempting to block the Inter-American Court of Human Rights from moving ahead with the case by seeking the recusal of five of the six judges. Bedoya spoke about the impact of her case in a video posted on social media earlier this month.

Jineth Bedoya: “To bring my case before an international court is not only to vindicate what has happened to me as a woman and as a journalist, but to open a window of hope for thousands of women and girls who, like me, had to face sexual violence in the midst of the Colombian armed conflict.”