HAVANA TIMES – The Canadian company Sherritt announced Monday the signing of a new contract with Cuban authorities for joint venture drilling and production of oil and gas for 10 years, extendable to 2028. 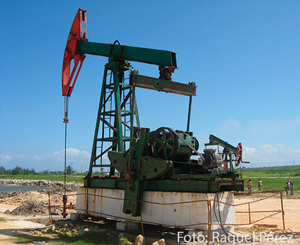 The agreement allows drilling in the area of Puerto Escondido, 45 miles (70 kms.) east of Havana, increasing the number of existing wells with 7 new ones, which will operate for the next 2 years.

Sherritt’s president, David Pathe, said “after two decades in the country, we have developed a great relationship with the government of Cuba.” He added, “We are very pleased to announce this expansion.”

Sherritt is the largest foreign oil producer in Cuba, supplying more than 20 thousand barrels per day. The Canadian company also has major contracts in Cuba for the extraction and refining of nickel and its derivatives.

The company’s executives have suffered reprisals from Washington for its economic relationship with Cuba, including being denied entry to the USA.
—–
(*) Visit Fernando Ravsberg’s blog.