A full schedule of eight games begins on the 29th.

Industriales, the darling of the capital city, starts its play on the road against Isla de la Juventud. The team then returns home for a series against Artemisa on Dec. 3,4,5 and another with arch rival, Santiago de Cuba, Dec. 7,8,9 both at Havana’s Latinoamericano Stadium.

One of the biggest changes in this coming season stems from the disappearance of the La Habana province team and the entry of Mayabeque and Artemisa (the two new provinces that replaced La Habana in Cuba’s political administrative makeup).

Since there are now 17 teams instead of 16, each three game series will see one team resting with eight match ups.

The following is the official league schedule.  In the coming days the Baseballdecuba website will be offering an easier to read version. 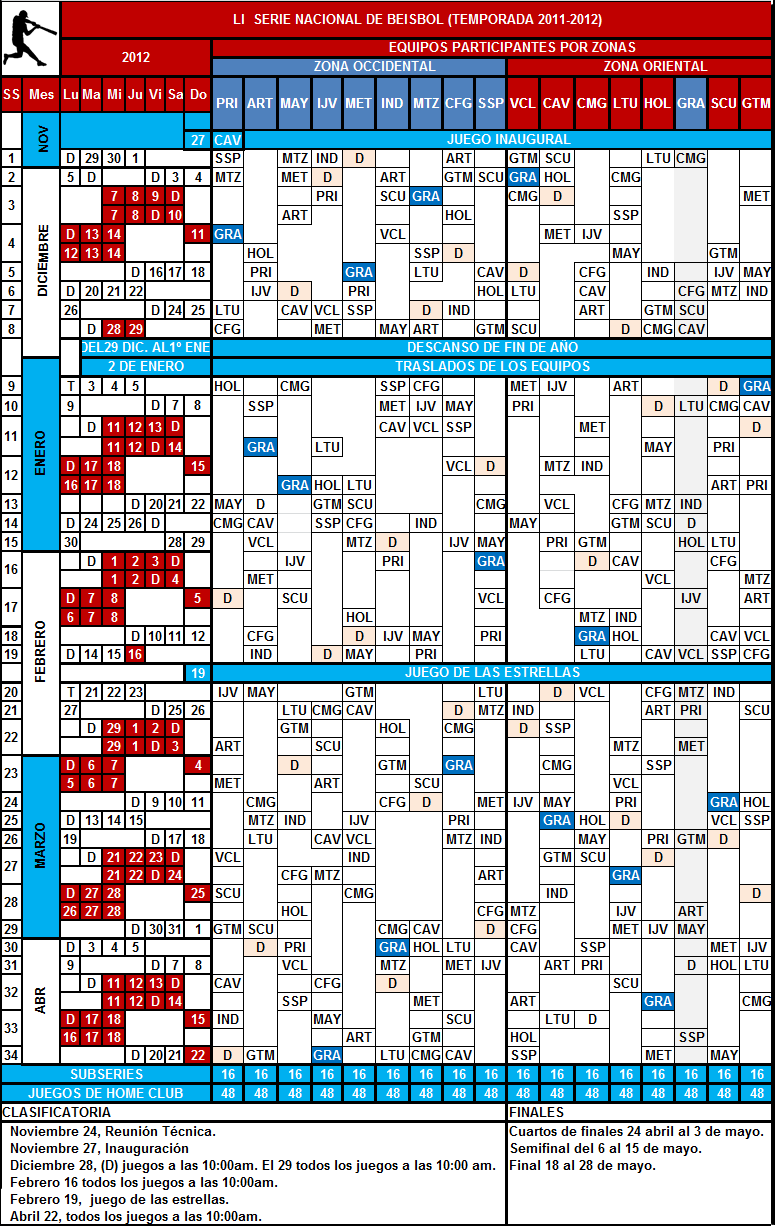