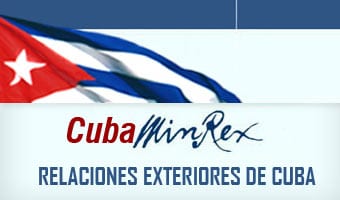 HAVANA TIMES (dpa) — The government of Cuba blamed the migratory policy of the United States towards the island for the situation of nearly 2,000 Cuban migrants who are stranded on the border between Costa Rica and Nicaragua, according to a state television broadcast on Tuesday.

“These citizens are victims of the politicization of the immigration issue by the Government of the United States, the Cuban Adjustment Act and, in particular, the implementation of the policy called “wet feet, dry feet,” said the ministry of Foreign Affairs (Minrex).

The official communiqué notes that the US law “gives Cubans a differentiated treatment, unique in the world, to admit them immediately and automatically, regardless of the ways and means used to reach US territory, legal or not.”

The Cuban Adjustment Act, enacted in 1966, gives Cubans permanent US residency and facilitates employment and social integration, while the legislation popularly known as “dry feet, wet feet”, accepts Cuban migrants who touch US soil. Those intercepted at sea by the US Coast Guard are returned to the island.

The foreign ministry said the Cubans who are stranded on the border between Costa Rica and Nicaragua became “victims of traffickers and criminal gangs, who unscrupulously profit from the control of the passage of these people in South America, Central America and Mexico.”

Minrex said it has remained in “constant contact” with the governments of the countries involved, in order to “find a quick and appropriate solution” that takes into consideration “the welfare of these Cuban citizens.”

Likewise, Minrex assured that the Cubans “who have left the country legally and comply with existing immigration legislation” have the possibility of returning to Cuba.

For three days, almost 2,000 Cubans are stranded on the border between Costa Rica and Nicaragua pending a solution to their problem of their illegal transit to the United States.

The Nicaraguan government refused to receive the migrants, who came from Ecuador after illegally crossing the borders of Colombia and Panama led by traffickers who charged them to take them to the United States.

On Sunday the government of Daniel Ortega sent in the army and riot police to block the Cubans attempt to transit through Nicaragua. The armed forces used tear gas and rubber bullets against the unarmed women, men and children, forcing them back to the Costa Rican side of the border, where they are awaiting a solution to their plight.

The border is located on the Pan American Highway, which extends from northern Mexico to South America, passing through Guatemala, Honduras, El Salvador, Nicaragua, Costa Rica and Panama.

5 thoughts on “Cuba Blames US for the Nearly 2,000 Cubans Blockaded by Nicaragua”