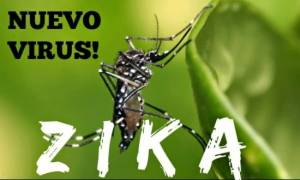 HAVANA TIMES — The Ministry of Public Health informed today that the first case of the Zika virus in Cuba was diagnosed in a Venezuelan medical student who arrived on February 21, reported dpa news.

The patient traveled from the Venezuelan state of Aragua to the island to begin graduate studies and stayed in a student residence in the municipality of Bauta, in the western province of Artemisa, along with a group of 37 foreign doctors to undergo international health controls.

The young Venezuelan, 28, was admitted on February 24 to the Pedro Kouri Tropical Medicine Institute after presenting the symptoms of the disease such as fever of 37,5 degrees Celsius, joint pain and skin sores.

During his hospitalization two tests were performed to detect the presence of Zika which resulted positive, according to an official statement on the “Granma” newspaper.

Cuban health authorities said that the patient is without fever, in good general condition and shows a progressive disappearance of the associated skin rash.

The patient said that months before traveling to Cuba several of his relatives had also suffered from the virus.

On February 22, Cuban President Raul Castro called on Cubans to fight the mosquito that transmits Dengue, and Chikungunya and Zika. To do this, the Cuban government has deployed 9,000 troops of the Armed Forces who perform massive mandatory spraying in homes.

One thought on “Cuba Confirms its First Case of Zika”