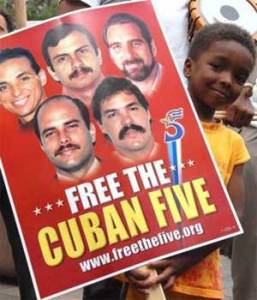 HAVANA TIMES, May 10 — The head of the Cuban Interests Section in Washington, Jorge Bolaños, on Saturday proposed an exchange of the “Cuban Five,” who are imprisoned in the United States, for the freedom of US citizen Alan Gross, who is being held in Cuba, reported Notimex.

The Cuban diplomat expressed his government’s position in a letter to journalist Wolf Blitzer on the program “The Situation Room” (CNN), underling the willingness of the island’s government to enter into dialogue to “find a humanitarian solution to the case on a reciprocal basis.”

Meanwhile, US Secretary of State Hillary Clinton yesterday called for the unconditional release of the “subcontractor,” without openly declining the Cuban proposal.