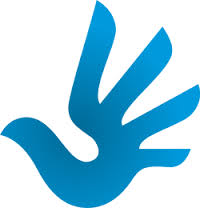 HAVANA TIMES — The Cuban delegation said today that the issue of human rights was addressed during talks with the United States to restore diplomatic relations.

Among other issues, “we also talked of the issue of human rights,” said the deputy head of the Cuban delegation, Gustavo Machin.

Shortly before, contradictory statements from the two negotiating heads, Roberta Jacobson of the US State Department and Josefina Vidal for Cuba’s Foreign Ministry, had caused some confusion in the context of the historic talks between Washington and Havana to resume diplomatic ties.

“The Cuban delegation said that of course we have different views on the exercise of national security, human rights, democracy, political models and international relations,” said Machin at the Havana Convention Center.

“My delegation reiterated its proposal to hold a respectful dialogue on a reciprocal basis between Cuba and the United States in the future,” said the deputy director for US affairs at the Cuban Foreign Ministry.

Cuba also stated “its concerns about the exercise of human rights in the United States,” he said.

The delegations held the first round of talks today on the planned reopening of embassies in their respective countries. On Wednesday they discussed migration issues.

The issue of human rights “remains crucial in our conversation,” Jacobson said today at noon after the round of talks in the morning, in her first public comments since she arrived in Havana.

“We do have differences on this issue, deep differences between our governments,” said the Assistant Secretary of State for Western Hemisphere Affairs in answering a question about the positions of both countries on human rights.

Jacobson also said that the issue was discussed at the negotiations table this morning. “It was part of the conversation today,” he said.

Vidal, however, denied that affirmation. “This topic has not yet been addressed in discussions. Today’s meeting was solely to discuss the issue of restoring relations,” said the director for US affairs at the Cuban Foreign Ministry.

Talks will continue in the coming weeks (the date has yet to be set), to move forward on the opening of the embassies in Washington and Havana and the drafting of a road map for diplomatic relations.