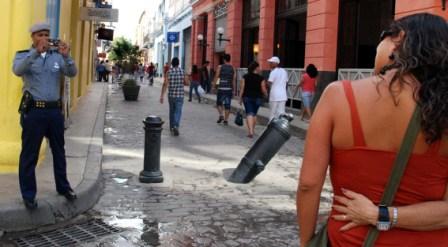 HAVANA TIMES, April 21 — For US citizens traveling to any country, except Cuba, entails obtaining a visa if needed for the country to be visited, buying a ticket and hopping on a plane.

In the case of Cuba, slightly liberalized regulations recently announced by the Obama administration were published Thursday by the US Treasury Dept.

The 51-page document has all the ins-and-outs on obtaining or not being eligible for a license to visit Cuba.

Getting permission from Washington for organized group and educational trips to Cuba will now be somewhat easier.

Nonetheless, the right of ordinary citizens to travel on their own to Cuba is still prohibited by the US government, which maintains a half-century economic blockade on the neighboring island nation.

For Cuba’s part, there are no restrictions on US citizens visiting the island. Tourist visas are a mere formality.

See the full package of US Treasury Department regulations.