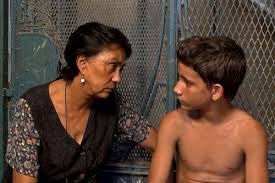 According to Prensa Latina, the film also won the audience award in the Latin American section.

The Special Jury Prize and Best Original Score went to “Todos están muertos” (They’re all dead), by Beatriz Sanchis of Spain.
Other awards included Best Actor to Juan Diego for “Anochece en la India” (Night Falls in India) and the Audience Award to “321 days in Michigan,” the debut by Malaga filmmaker Enrique Garcia.