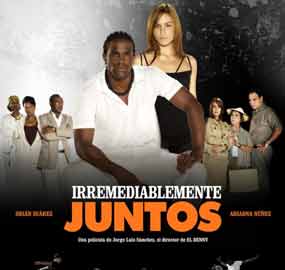 The movie is based on the theatrical piece Pogolotti-Miramar, and it emphases a racial conflict in which “music is an expressive element and not mere background decoration.” The sound track indeed collaborates with an analysis of “behaviors that lead us to adopting racist attitudes,” underlined the director, who is also known for his movie El Benny.

Sanchez attempted to avoid the stereotypes associated with the music of the Caribbean nation and some of the canonized formulas of celebrated US musicals, according to his statements in a press conference.

After nearly two years of preparation, 11 weeks of filming and “complicated post-production work,” Irremediablemente juntos will make it to the Cuban cinema circuit where it will premiere for general viewing on August 2.