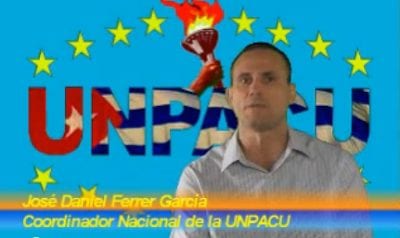 He was released from prison along with three other opposition figures on Friday and brought home.

The 49-year-old leader of the banned Unpacu movement (Patriotic Union of Cuba) had been convicted of assault in a secret trial.

His sentence has not been made public but is reported to be four-and a-half-years, on top of the six months that have already been served in prison.

Cuba’s government, made up of the Communist Party – the only licensed party on the island – accuses Ferrer of being an agent of the United States.

The United States, on the other hand, regards him as a political prisoner of the Caribbean state and has repeatedly criticized the circumstances surrounding Ferrer’s detention. He had previously been in prison for several years.

“Although it’s good news that Jose Daniel Ferrer Garcia can finally go home, instead of remaining in prison, where he would be at greater risk of Covid-19, his conviction and sentencing is still shameful,” said Erika Guevara-Rosas, Americas director of the human rights organization Amnesty International.

“He should have never been detained for peacefully expressing his ideas in the first place.”

He appeared to have been arbitrarily arrested in October and held incommunicado, Amnesty said, adding that Ferrer may have been tortured.

One thought on “Cuban Opposition Figure Now under House Arrest”