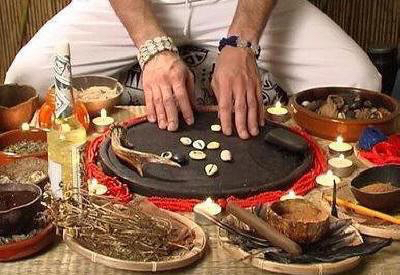 HAVANA TIMES – The two main currents of Cuban Santeria that announce different “Letter of the Year” prophecies at the beginning of each January have finally decided to come together and make public a single version of the predictions by the popular oracle Ifa.

At a time of political pacts and ecumenical alliances, the two groups agreed that, as of December 31 this year, only one “Letter of the Year” prophecy will be announced in Cuba, with the support of the two main Santeria groups on the island.

Lazaro Cuesta, a Santeria priest who is one of the founders and organizers of the commission responsible for the Letter of the Year, and Jose Manuel Perez, chair of Cuba’s Yoruba Cultural Association, offered a press conference to announce the agreement, seen as a means of consolidating the community of Afro-Cuban religion practitioners.

The historical accord resulted from several exchanges and a final meeting, held on June 20.

For years, the two groups struggled to establish the supremacy of their oracles and announced their prophecies simultaneously in Havana. Now, in addition to those announced in Cuba, there is also the Letter made public by Santeria priests who have emigrated to Miami. Perhaps the new winds of change blowing between Washington and Havana will end up bringing Ifa priests on both shores together in their dictates and recommendations for the year.

The existence of two bodies of oracular prophecies on the island was also a sign of the division within Cuban Santeria and a certain degree of suspicion vis-a-vis the Yoruba Cultural Association, stemming from its praise for official government policy and the support received from Antonio Castañeda Marquez, the Santeria priest that’s reached the highest position within State institutions.

Castañeda, who passed away last year, had been consecrated as a Santeria priest through an Ifa ritual in 1965. He went from ostracism and exclusion to official recognition and became the chair of Cuba’s Yoruba Cultural Association (with official government support) in 1991. In 2008, he was elected representative at the National Assembly of the People’s Power (parliament).

At the time, the new representative had no qualms about stating that Olodumare, the supreme being of the Yoruba religion, was protecting Fidel Castro and wanted him in power despite his illness.

Now that Castañeda is gone and as Afro-Cuban religions proliferate across the island, the decision to adopt a single body of prophecies makes greater sense.

Both Cuesta and Perez agree that this pact seeks to avoid confusion and the lack of confidence that the two Letters of the Year were creating among believers.

The agreement does not mean that the existence of divergent thought and postures within the religious community will be ignored, it merely expresses that “one can walk down different roads while looking in the same direction,” as Cuesta declared.

Thus, 2016 will start with a new Letter of the Year, at a time when everything in Cuban society seems to be changing, including the political designs that are to follow the end of Raul Castro’s presidential term in 2018.