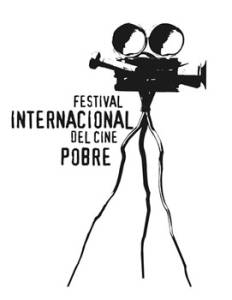 HAVANA TIMES — Not that many years ago, Gibara, was a quiet little town in Cuba’s east-laying province of Holguin, boasting a natural beauty that drew a small number of adventurous souls seeking to get away from the boisterous streets of the big city. Today, Gibara is a cultural center that brings together filmmakers and audiovisual artists at the International Low-Budget Cinema Festival, created by Cuban cineaste Humberto Solas in 2003.

The hosts, filmmakers and audiences that participate in this festival attend parties, debates, screenings, concerts, art exhibitions and award ceremonies where the achievements of low-budget film productions are acknowledged.

New digital technologies allow filmmakers to produce their films with lower budgets and many artists are now capable of doing what many once considered a pipedream. This makes a more independent, free and even intimate cinema possible.

A total of 185 films from around the world were submitted to the festival this year, but only 47 were ultimately chosen for the official selection. The films comprise a broad variety of styles, subjects and genres: a dramatic feature, seventeen documentary shorts, four video-art pieces and eight documentary features.

This year’s festival will be dedicated to sports and their role in the social formation of individuals, as well as to the rescue of Gibara’s culinary traditions, which includes as many as twenty typical dishes.

The homages will include a retrospective of the works of Jorge Molina and the screening of his new film Molinas Boreales. Molina’s short films made for previous festivals will be shown at parallel screenings. Molina is also to shoot the short for this year’s festival.

The festival will also pay tribute to actress Luisa Maria Jimenez, one of the stars of Solas’ last film Barrio Cuba. Luisa Maria’s portrait was used in this year’s festival poster design.

A photo exhibition by Ivan Socca and the screening of Descerebrándose (“Losing One’s Brains”), a documentary by Cuban filmmaker Lester Hamlet, will commemorate Cuban folk musician Santiaguo Feliu, who recently passed away.

Audiences will be able to enjoy the salt-coated beauty of Holguin’s Villa Blanca and films from many different parts of the world from April 24 to 27, at a festival devoted to films with low budgets but high artistic merit.