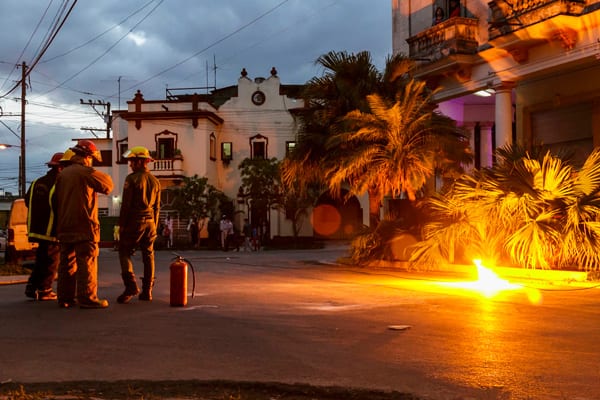 HAVANA TIMES — It wasn’t the first time I head explosions around Infanta and Carlos III in Havana when neighbors start to comment. “It must have been a voltage transformer”, “it’s the one on the corner”, “here comes the blackout.” But this time that wasn’t the case in afternoon/evening on Friday. The explosion was heard and electricity came right away.

A few minutes later fire fighter and police sirens could be heard, I went out to see what was happening. On the corner of the El Rapido fast food cafeteria there was a high-voltage cable (3000 volts) in flames on the ground. Fortunately there were no cars parked there at the time.

The firefighters tried to put out the fire with foam, there was someone who tried to throw water on it, what madness, but nothing could put the flame out. People knew the had to cut the electricity.

Everyone was waiting for the power company to cut the power but it took over two hours, why so long? In the end they were able to extinguish the flame.

Then we began the wait for the electricity to come back on, which took till midnight.

Friends, it’s common for such things to happen here considering the sea of wires that sway on many Havana streets. 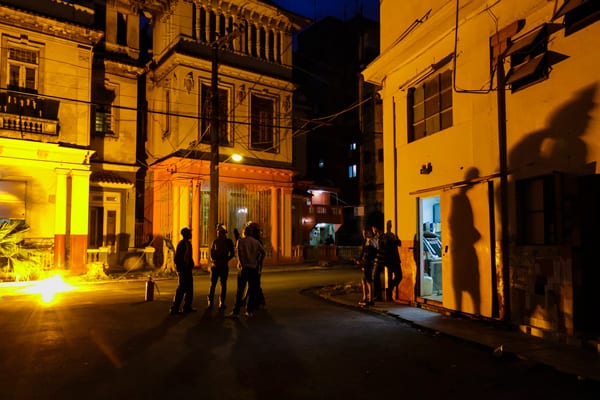