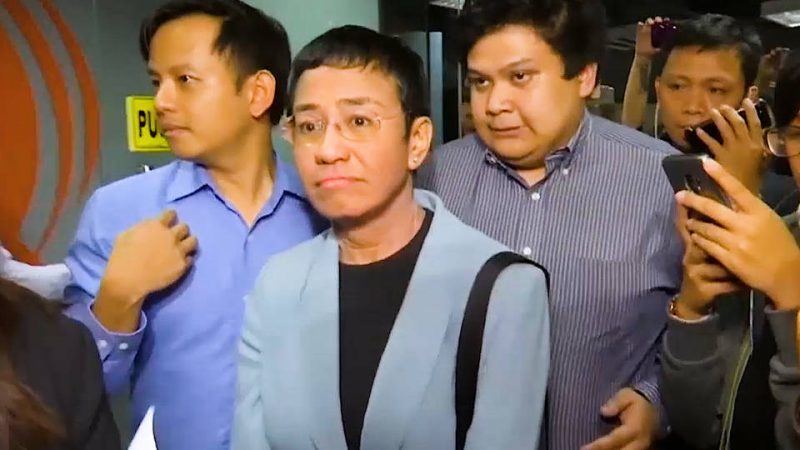 Ressa, founder of the independent news site Rappler, has been a vocal critic of President Rodrigo Duterte and his deadly drug war, which has killed thousands. Ressa and Rappler employee Reynaldo Santos could face up to six years behind bars.

This is Maria Ressa speaking to reporters after the verdict was announced.

Maria Ressa: “You shut down ABS–CBN. That would have been unthinkable before this time. It has happened. And then an anti-terror bill that will take away, codify, institutionalize these abuses of power, it means that you can be called a terrorist, and without a warrant of arrest, you could be arrested for writing something.”