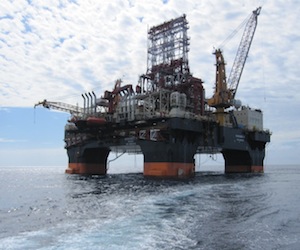 According to the statement published in the official Granma newspaper, the fact “doesn’t negate the prospects for the area, covering an area of 112 square kilometers in the Gulf of Mexico, a major oil producing basins worldwide.”

The news article did not refer to decision by Repsol to abandon exploratory drilling in Cuba after its having spent about $150 million on a dry well. The Spanish company plans to give up on two more previously planned wells that were allowed in its contract with the Cuban government.

The Scarabeo 9 drilling rig is currently operating to the north of Pinar del Rio Province for the Malaysian company PC Gulf and Russia’s Gazpromneft, reported CUPET.