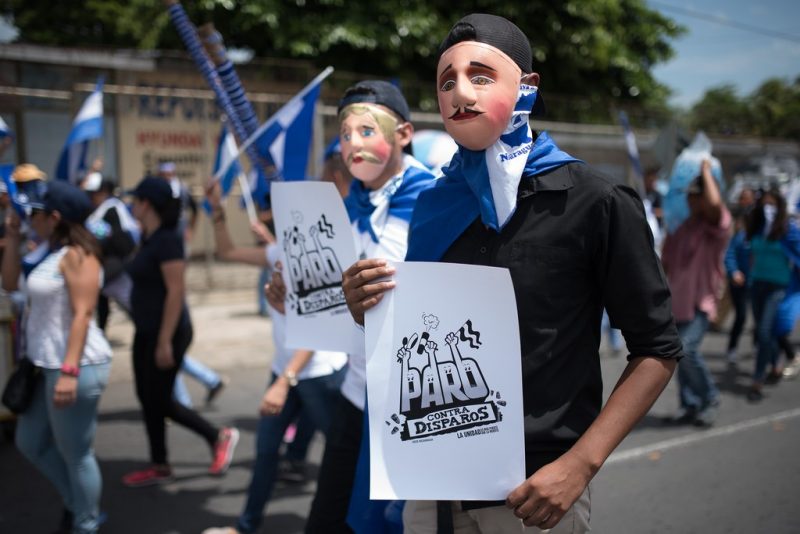 HAVANA TIMES – Eleven German organizations declared their “solidarity with the insurgent population in their struggle for a Free Nicaragua” and demanded true justice for all the crimes committed since the beginning of the “April Rebellion” on April 18, 2018.

“We demand the unconditional clarification of the crimes committed so that the culprits are brought to justice,” they point out in a statement.

The organizations with a long history of working with the Central American country urge the international community “to apply pressure on the Ortega Murillo regime to comply with the demands of Nicaraguans, in particular the release of political prisoners and the restitution of citizen liberties.”

They also demand that the Nicaraguan governement “take the necessary measures to prevent and contain an expansion of the coronavirus pandemic that is looming as an imminent threat to the health and lives of thousands of Nicaraguans.”

They will continue to denounce

In the statement, the organizations recall that the Nicaraguan citizenry, led by youth and students, staged a civic rebellion against the dictatorship.

“Nicaraguans said enough of authoritarianism and demanded democracy, justice and freedom. The dictatorship responded with a brutal repression that has left a tragic balance: more than 300 people were killed, about a thousand were taken as political prisoners, many suffering torture. About 60 remain to date in the jails of the dictatorship. Likewise, an estimated 100,000 Nicaraguans have been forced into exile,” they explain.

The German organizations also mention that at the international level, communities of Nicaraguans and local solidarity groups” activated to denounce the criminal conduct of the Ortega Murillo dictatorship.”

“The dictatorship has tried to project an image that everything is normal in Nicaragua, however, social and political protest is criminalized, civil liberties are violated and human rights continue to be trampled on,” they note.

The document is signed by: 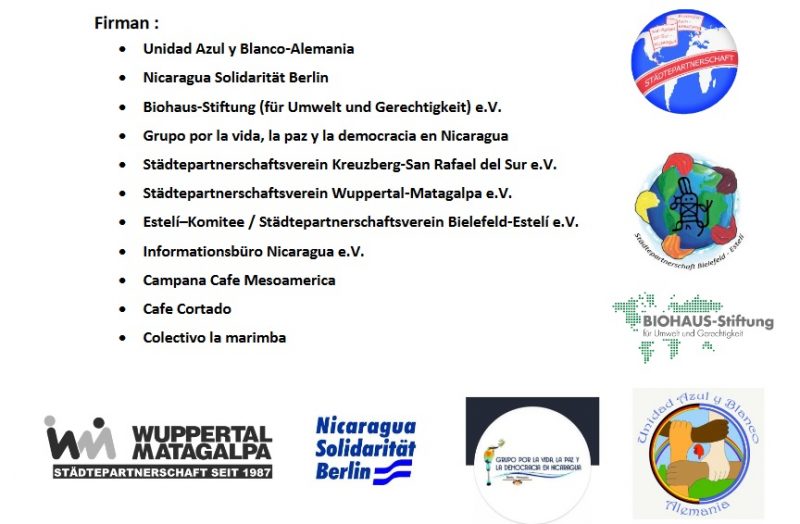 You can downloard the original pronouncement in PDF here.