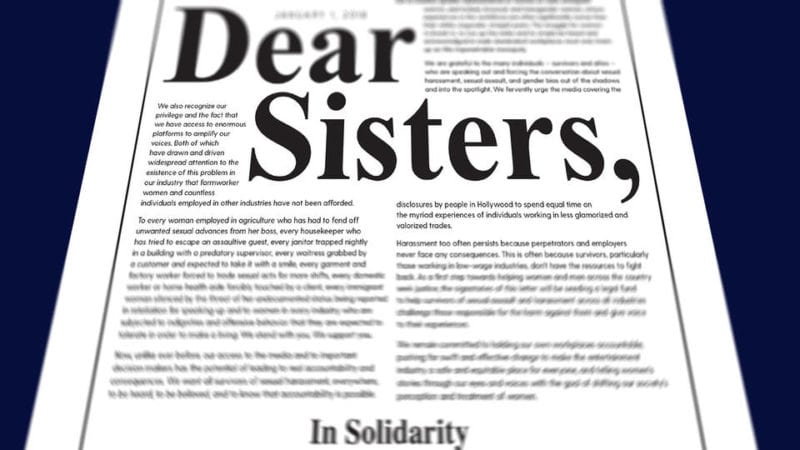 HAVANA TIMES – In Hollywood, more than 1,000 prominent actresses, writers and directors have launched a project aimed at combating sexual abuse and harassment in the film industry, reports Democracy Now on Tuesday.

The “Time’s Up” campaign follows on the heels of a torrent of allegations of rape, sexual assault and harassment against powerful men that began with reports into sexual abuse by movie mogul Harvey Weinstein.

The campaign against sexual harassment and abuse continues to be a very uphill struggle in many countries where such behavior is considered “normal” and the authorities have little interest in change.