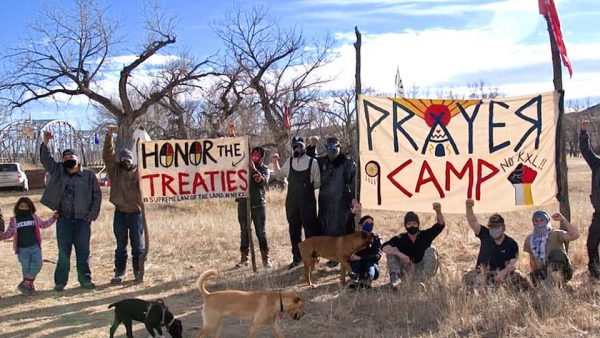 HAVANA TIMES – In South Dakota, two Indigenous activists face criminal charges over their roles in opposing construction of the Keystone XL pipeline. A project President Biden halted on his first day in office. The pair are among a small number of water and land defenders who’ve vowed to maintain an encampment on the Cheyenne River Indian Reservation near the pipeline route until all pipeline infrastructure is removed.

Vivian High Elk: “The ability to bring charges against citizens has always been abused and overused when it comes to Indigenous response to the protection of our relatives and their habitats and their drinking sources, which includes all four-legged, all two-legged, all plantlife, all watersheds and all Indigenous unceded territories.”