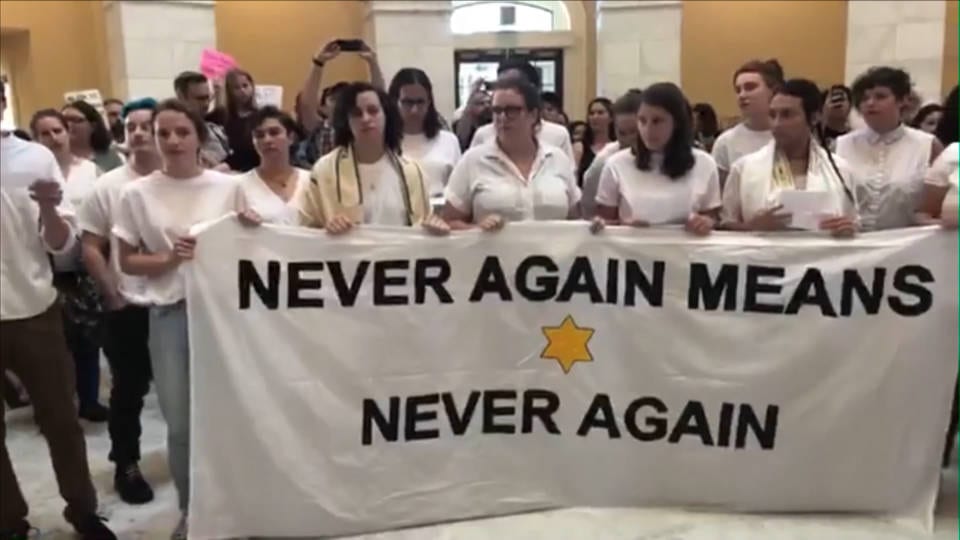 HAVANA TIMES – In Washington, D.C., 18 Jewish activists with the group Never Again Action were arrested on Capitol Hill Tuesday as they protested against the jailing of migrants and called on lawmakers to shut down the detention camps and defund ICE and CBP.

Protester: “Congress once again voted to increase funding to ICE and CBP by passing a supplemental funding bill to send $4.6 billion to bankroll the criminalization, detention and deportation of those seeking refuge on our southern border. We thank the 95 representatives who voted against funding hate, and say ‘shame’ to the 305 representatives”—

In a statement, Never Again Action said, “As Jews, we know what the separation of families, the covert rounding-up of people and the creation of concentration camps can lead to. We refuse to wait and see what happens next.” They also said, “We know what happens when people unaffected by crises act as bystanders and look the other way. We will not stay silent while our historical trauma is weaponized to distract from the terror that our government is unleashing on immigrant communities.”