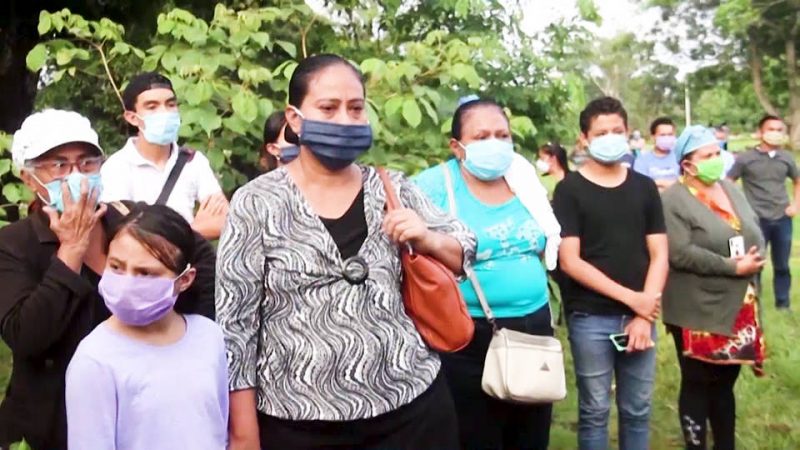 HAVANA TIMES – Confirmed coronavirus cases have now topped 8 million worldwide, with over 430,000 reported deaths. Latin America remains a coronavirus hot spot. In Peru and Bolivia, hospitals are on the brink as they grapple with a surge of patients and a lack of resources and equipment.

In Chile, where armed soldiers are charged with enforcing curfews and other lockdown measures, a new health minister was appointed after his predecessor quit over the government response to the pandemic and amid questions over the accuracy of the official death toll, which now stands at over 3,300.

Meanwhile, in Nicaragua, anger is mounting against the government of President Daniel Ortega, which has refused to order social distancing and has encouraged large gatherings. Medical professionals say they are being retaliated against for speaking out. This is Dr. Marianela López, who says she was fired after suggesting a “voluntary national quarantine” to halt the surge in cases.

Dr. Marianela López: “We have seen an absence of health authorities. The president is absent. It has been more than 30 days since the first case appeared, that is impressive. We have seen the measures taken in Central American countries, the presidents in charge, the ministers of health. What we have had is a lack of information and little credibility.”

Officially, there have been over 1,400 cases and 55 deaths reported in Nicaragua, but a recent independent study suggests the true death toll could be 20 times higher.