The news channel 100% Noticias reports that Ortega reserved 27 of the best suites and rooms at the Paseo de la Reforma Hotel to accommodate a large entourage for the Lopez Obrador inauguration.

Numerous spontaneous campaigns of both Mexican citizens and Nicaraguan in exile are underway to protest against the blood-stained regime.

“Ortega non-grata”, “Boycott the presence of Daniel Ortega”, “Lets receive Ortega with an enormous demonstration”, state some of the campaigns.

Back in late September Nicaraguans in the US carried out a similar protest campaign in New York that forced Ortega to cancel his scheduled appearance at the United Nations General Assembly.

Likewise, fearing a big welcoming of protesting Nicaraguans living in Guatemala, he made a last minute cancellation of his expected trip to the City of Antigua for the Ibero-American Summit on November 16-17.

The following are some of the notices circulating on the social networks in rejection to an Ortega trip to Mexico City for the Lopez Obrador inauguration. 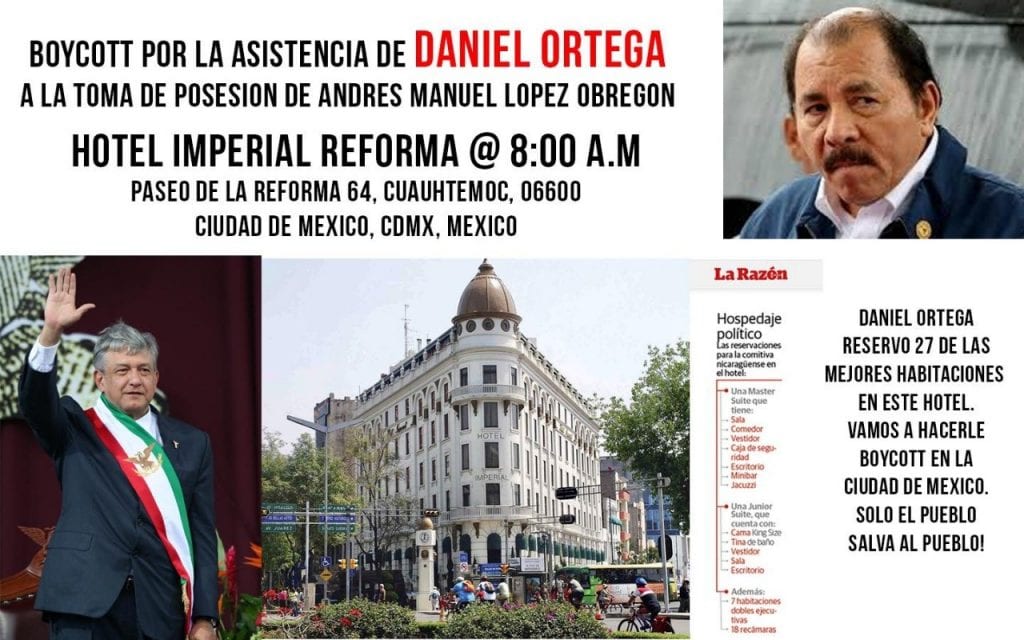