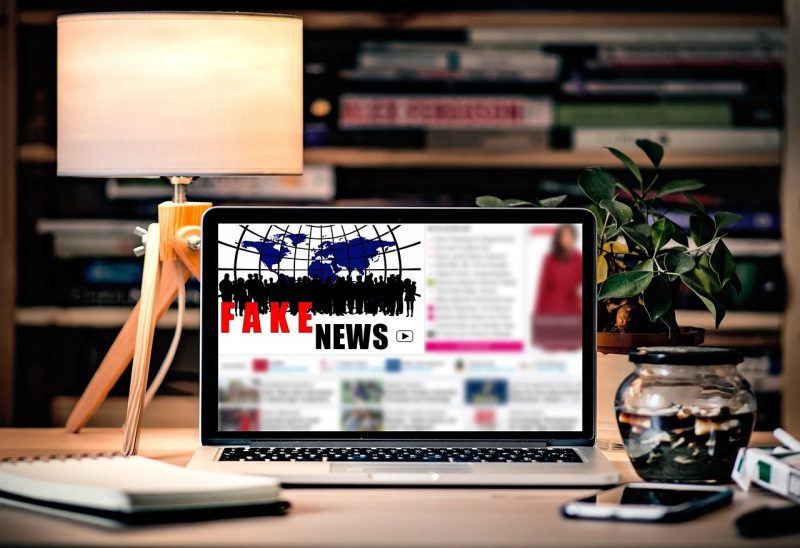 Amid official silence, a wave of fake news about journalists and media outlets critical of the Government has been spread on social networks.

HAVANA TIMES – Communication specialist and professor, Alfonso Malespin, notes that the dissemination of fake news in Nicaragua seeks “to exacerbate uncertainty and increase the levels of fear that may exist at this moment, because sufficient true information is lacking and in a timely manner by the authorities.”

“So, it is not remote that in the absence of true information rumors increase. In this case, rumors turns into disinformation which becomes fake news. The fake news seeks is to confuse people, generate fear and thus make it easier to control them,” he warned.

In Malespin’s opinion, these hoaxes are created “by someone” who is interested in generating fear to control the population more easily.

“If you do not give people information and if you also generate fear in them, what is your purpose? You are looking for control,” he maintained.

Malespin see the big challenge of those who do journalism in Nicaragua, “because they have to inform correctly, well-documented and in a timely manner in a context in which information is denied to them.”

Also, because access to officials is denied, and on top of that they receive daily threats of closure, of deterioration of their credibility, of attack on their journalistic dignity, and “criminalization” for the information that they provide to the people, he continued.

Consequently, he said that the challenge of independent media outlets is to “support all the information with concrete, verifiable evidence and to demonstrate that what they are reporting is true.”

Silence of the Ministry of Health (MINSA)

For seven consecutive days, the government presided by the Sandinista Daniel Ortega has not provided a report on confirmed cases of SARS-coV-2 coronavirus, while his followers have begun to publish fake news on the subject in social networks.

The Secretary General of the Ministry of Health, Carlos Saenz, who was in charge of the daily reading of the report, has not appeared before official media since Tuesday May 5th, when he reported that they maintained four active cases with Covid-19 and all in “delicate” condition.

Until then, Nicaragua had accumulated 16 confirmed cases, with five deaths, for a case fatality rate of 31.25%, the highest in the Americas, according to official figures.

The independent Covid-19 Citizens Observatory counts up to at least 1033 cases of suspected of coronavirus infection; that is, 1017 more cases than those recognized by the authorities, and it assumes that there is already community transmission.

Amid the official silence, a wave of fake news of infected personalities has spread on social networks that, according to independent communication media, are fabricated by President Ortega’s followers.

The director of the “Article 66” digital platform, Alvaro Navarro, who was one of those mentioned as sick, pointed out that the ruling Sandinista National Liberation Front (FSLN) had activated its “machinery” to spread fake news about Covid-19 as a distraction method.

Dozens of false publications, using media logos and taking screenshots of official journalists’ tweets, have been disclosed on social networks and in WhatsApp groups.

According to the hoaxes, there was an outbreak of Covid-19 contagion among personalities, businessmen, religious leaders, journalists and owners of media critical of the Government.

For journalist Wilfredo Miranda, those hoaxes were a maneuver by the Government to discredit the publications made by independent media on social networks.

Furthermore, it is a “method to diverting attention from important issues and at the same time discredit the work of the media, because people fall very easily into sharing these framed screenshots, because the people do not have the habit of going to the profile or to the account that allegedly published it to corroborate whether it is true or not,” he argued.