The university notified graduates by telephone that the graduation ceremony had been canceled due to a technical problem at the Ruben Darío Theater.

HAVANA TIMES – On Saturday afternoon dozens of students from the American University (UAM) received their university degrees in an impromptu event held at the campus, after they protested the sudden cancellation of the graduation ceremony, which would have taken place in the Ruben Dario National Theater.

According to the official version of the university, the cancellation was due to a technical problem in the theater, however, the students affirm that it was because the graduates of the Faculty of Medicine were going to pay tribute to Rayneia Da Costa Lima, the young Brazilian who was killed a year ago by a paramilitary, something the new rector, Martín Guevara forbid. 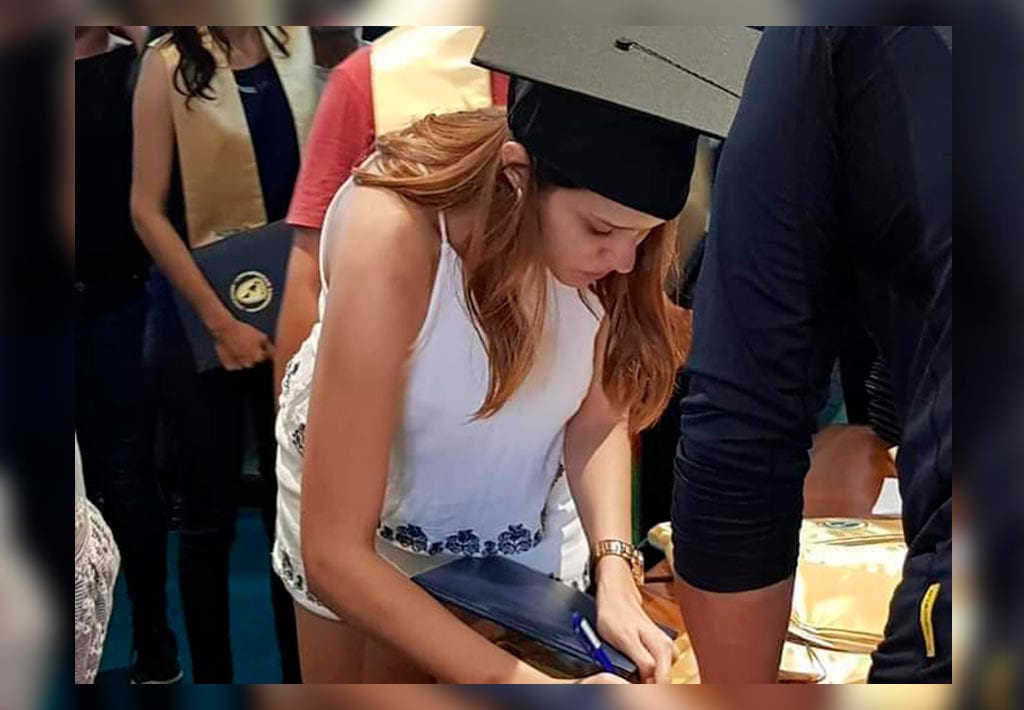 Several medical students who studied with Rayneia were going to graduate. The students prepared a protest to be held at the theater during the graduation the following day for the arbitrary decision of the government to let the man who killed her free. The new rector prohibited them from picketing, but the student’s said they would anyhow. For that reason, he decided to suspend the graduation”, said a student who prefers to omit their name for security reasons.

Graduates learned of this cancellation six hours before the ceremony was to take place. That is why many, came to the university campus to demand an explanation wearing shorts, pajamas, slippers and some young women arrived with hair rolls. However, after a couple of hours of dispute between the authorities and the affected parties, the university decided to give the diplomas to the students who wanted it right then and there.

This fact was taken advantage of by several students who not only remembered Lima, but also Alvaro Conrado, the first teenager killed during the protests. 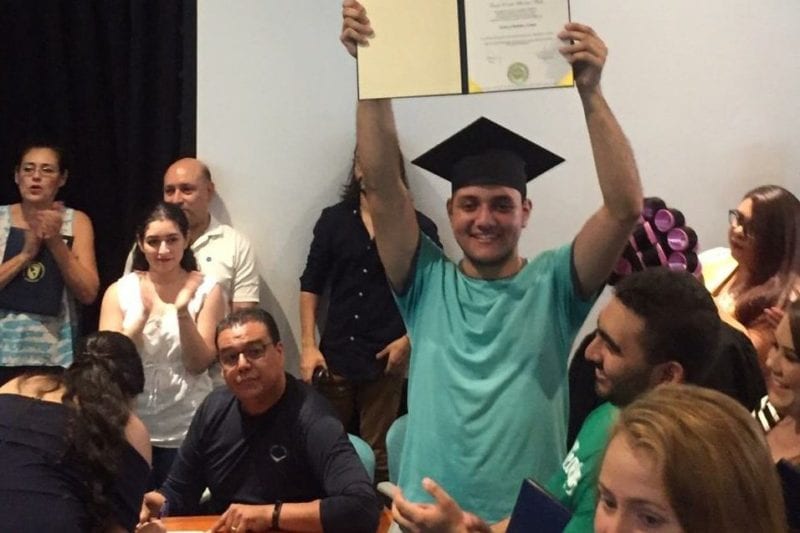 One of the most moving moments was when a professor at the UAM School of Medicine, invited the now doctors, to take the Hippocratic oath, where doctors agree to attend to their patients despite their beliefs and condition. Then the graduates shouted: Long live free Nicaragua!

Granddaughter of Ortega would also graduate

Among the 195 students who would graduate on Saturday afternoon, was Ariana Ortega, a granddaughter of the dictator Daniel Ortega, who studied industrial engineering. According to several of the students, on Friday they went to the graduation rehearsal and someone took a picture of her and leaked it to social networks causing rejection among users.

“Yesterday was the rehearsal in theater and nobody expected Ariana Ortega to arrive. When we passed in the rehearsal to collect our titles, we applauded each other and when she passed there was total silence. Then someone took pictures of her and uploaded it to the internet and at night a publication began to circulate that called a sit-out outside the theater, which none of the graduates was organizing, and today (Saturday) we are notified that the graduation was canceled.” says one of the students affected.

The graduation ceremony was scheduled for four in the afternoon on Saturday. However, the university informed the students via telephone that it would be canceled because “the theater administration informed us that there were technical failures in the electrical, audio and air conditioning system that prevented this event.” However, they clarified in a statement, published on their Facebook account hours after the commotion, that they will soon announce a new date and location to perform the ceremony with students who did not withdraw their degrees.

“My mom approached the rector, he was in his car, and told him to please resolve the situation. People are super upset -she told him- because a lot of money was paid, people from abroad came exclusively for today and the UAM does not want to solve this issue. The rector told my mom, to wait for him, and just drove off,” says María Fernanda Duarte, a UAM student.