HAVANA TIMES – A group of Nicaraguans residing in Los Angeles, California protested against the Ortega-Murillo dictatorship during the “Women’s March” to call the attention to the repression under which Nicaraguans live.

Demonstrators called for freedom of expression, the struggle for human rights, an end to deportations, and democracy and liberty for all. Some carried signs saying, “The government is killing us” and “Liberty, justice and democracy for Nicaragua”.

One of the participants, Ronmell Lopez, said that they were using the Women’s March to “publicize what’s going on in Nicaragua; we do it every year so that the media can see what’s happening there”.

This group of Nicaraguans also called on the government of Donald Trump to stop the deportations of Nicaraguans who have fled the regime’s repression.

“We are asking the government of the United States to end the deportation of Nicaraguans. If we are deported back to Nicaragua, we will be killed, because we know what’s going on,” said Lopez. 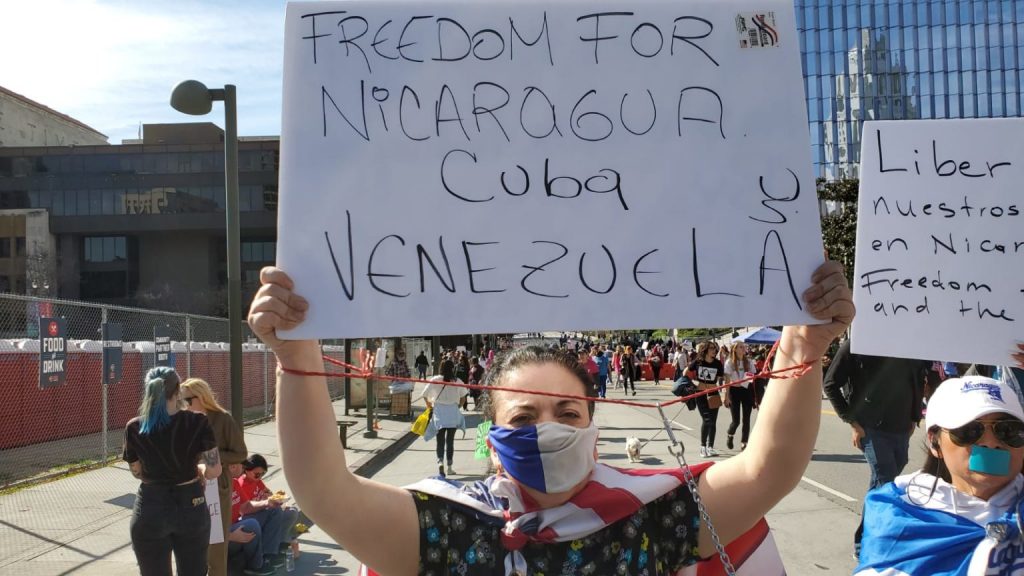