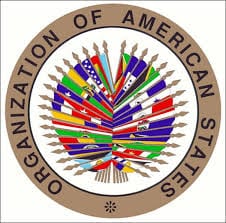 HAVANA TIMES — The Organization of American States (OAS) called an extraordinary session of its Permanent Council for Thursday at the request of Venezuela, a meeting in which Foreign Minister Delcy Rodríguez is expected to attend, reported dpa.

The meeting comes a week after the Secretary General of the hemispheric organization, Luis Almagro, received in Washington a group of opponents, who informed him of the financial political, social, humanitarian and institutional crisis in the country.

The Venezuelan opposition asked Almagro to send an OAS observation mission to oversee the process calling for a recall referendum on President Nicolas Maduro and facilitate institutional dialogue.

The secretary general, who Maduro accuses of interference in Venezuela’s internal affairs, is considering invoking the Democratic Charter for the case of the South American country.

Maduro argues that there is no political base to support invoking the Democratic Charter, since there has been “no alteration of the constitutional regime that seriously impairs the democratic order” of the country, as required by Article 20 of the Charter for its activation.

The Inter-American Democratic Charter, adopted in 2001 in a special session of the Assembly of the OAS in Lima is the instrument that the organization has to protect democracy in the region.

Invoking the Democratic Charter is a very long process that can end with the suspension of the country of the organization. This was what happened in 2008 with Honduras after the coup in the Central American country.