HAVANA TIMES – Daniel Ortega’s total absence during the global covid-19 pandemic and the government plan to promote tourism amid the health crisis, coupled with the limited information provided by the authorities, is questioned by many Nicaraguans. who are surprised by insufficient efforts to confront the pandemic.

This past week, Ortega’s wife and vice president, Rosario Murillo, reported the first two covid-19 cases in Nicaragua. The first one a soldier who returned from Panama and who, according to the Minister of Health, Carolina Davila, is recovering satisfactorily, and the second is a citizen who returned from Colombia and suffers from chronic diseases.

Confidencial conducted a survey in supermarkets, private offices, markets and bus stops to know the pulse of the population. People criticized the government’s inaction on a pandemic that is leaving hundreds of thousands infected and more than 16,000 dead in more than 170 countries.

Fabiola Tercero, a writer, questioned the absence of the Sandinista ruler in the face of the coronavirus pandemic. “It’s a lack of respect, of ethics because we see that we are in the absence of a leader who can’t lead. It’s disrespectful to those who voted for him,” she said.

Another citizen, who asked to be identified as “Raquel”, said that she is not surprised at President Ortega’s “not very human” attitude. She recalled that what had been happening since 2018, with the crackdown on the April Rebellion, to date “is a reluctant attitude to prevent loss of life and is ultimately an irresponsible action”.

Nelson Navarrete, in charge of a bus cooperative in the Roberto Huembes market, believes that “every president has his way of governing”, so it’s not a surprise that Ortega doesn’t give press conferences, as he is a man who “gives very few interviews”.

The normality campaign and the impetus to go ahead with the ““plan playa” made by the Ortega government in recent weeks, is also questioned by the citizens interviewed by Confidencial. Most consider it irresponsible to make such recommendations when the World Health Organization advises the opposite.

Raul Vega, a pensioner who arrived on Friday to a supermarket in the city, disagrees with the announcement promoted by the Government. He said people should be sheltered in their homes and the authorities should promote a campaign that protects all citizens.

“I don’t think this should happen, because there’s too much chance of spreading the infection when so many people get together,” Vega said.

A social worker, who asked to omit her name, said that while she supported the normalcy campaign since April 2018, she is surprised it’s carried on amid a pandemic that causes thousands of deaths around the world.

“What is left is for the population is to take care of themselves, because many Nicaraguans are vulnerable,” he said.

Geovanny Shiffman, a journalist for Article 66, catalogued government propaganda as total irresponsibility, as this causes citizens to be unaware of what is actually happening in the country, and the end result may lead to more contagion and death.

To date, the Government of Ortega has made short press releases informing generally what has happened with the positive cases of COVID19 and the “strategies” they are carrying out to curb the spread of virus, however, the weak effort is causing a lot of speculation. 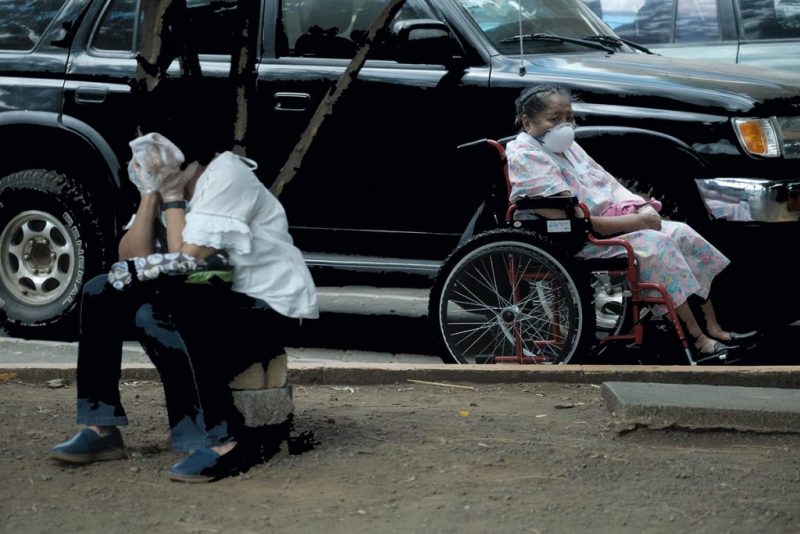 Michelle Polanco, a journalist of the News Action 10, believes that this lack of information is generating a lot of speculation among the population to the point of creating rumors that do not make sense and in the worst case leave more doubt than certainty.

“In this sense, the Government should be transparent and tell the truth that this is a global pandemic that affects us. They should be clear so that everyone is more aware of this virus,” said Trinidad Hernandez, a checker at a bus cooperative.

Psychologist Willhem Hernandez noted that this misinformation can be interpreted as an attempt to spread covid-19. “Prevention measures have not been taken, not a single one, and contrary to what the World Health Organization is saying, they send crowds of people to march,” he said.

On a possible announcement of quarantine by the Government, Pedro Joaquín Urbina, a pensioner, indicated that he isn’t waiting for Ortega to announce this measure. He noted that those most affected if the corresponding measures are not taken, are elderly adults like him.

Polanco, the action 10 journalist, added that while some believe that quarantine is a good option, in the country this will have a serious economic impact. However, he said it is a measure that needs to be applied.

“And along with quarantine the Government will have to take other economic measures to support those who live day-to-day, that is another dilemma that many have,” he concluded.