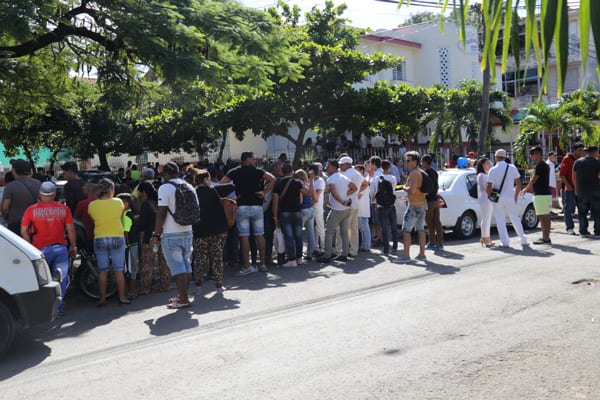 HAVANA TIMES — Hundreds of people flocked today to the Embassy of Ecuador in Havana to protest the South American country’s sudden decision to require visas for Cubans starting next week, reported dpa news.

The peaceful demonstrators began gathering at daybreak to protest the new immigration measures announced in Quito on Thursday.

On December 1, Ecuador will begin requiring visiting Cubans to first obtain a tourist visa. The Ecuadorian foreign ministry said the change in the previous open door policy is intended to mitigate the current immigration crisis in Central America. More than 3,500 Cubans traveling overland from Ecuador to the United States are stranded in precarious conditions on the Costa Rican side of that country’s border with Nicaragua.

“Five months ago I bought my ticket (for Ecuador). The airline does not refund the money. What can we do,” said Jaqueline, a 43-year-old Cuban, a few meters from the Ecuadorian embassy in Miramar, Havana .

Cuban authorities closed several streets and surrounded the entire area around the embassy to prevent more people from approaching.

“I’ve been other times and have come back. I do not intend to emigrate,” said Jacqueline, who declined to give her full name. Her flight to Ecuador is for December 5, she said. 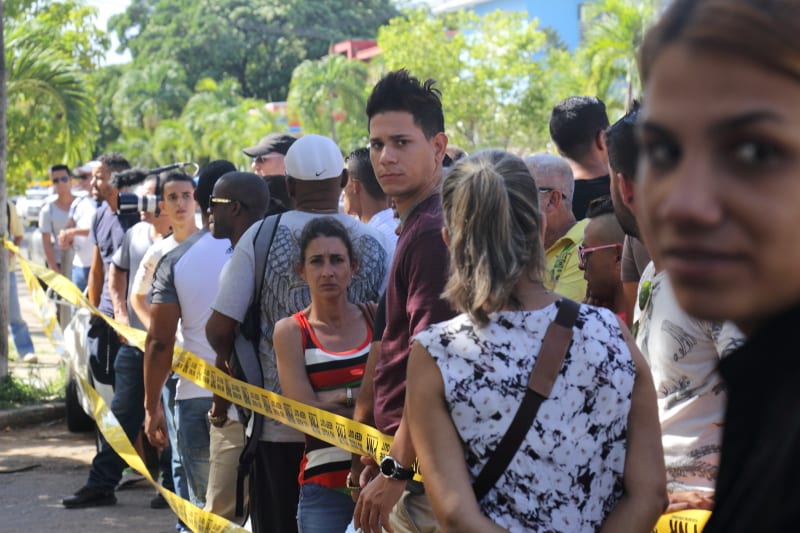 In front of the embassy over 400 people demanded to speak with diplomats of the South American country.

Ecuador was until now one of the few countries that did not require a tourist visa for Cubans. In recent weeks the flow of migrants from the island traveling to Ecuador to continue on by land to the United States grew significantly, according to figures from several countries in the region.

Two weeks ago, Nicaragua suddenly militarized its border with Costa Rica to prevent the entry of Cuban migrants.

The massive influx of Cubans to several Central American countries and Mexico apparently has to do with the fear that the United States will soon change its immigration policy toward Cuban nationals because of the diplomatic rapprochement between the two countries. Washington and Havana formally resumed relations in July after 54 years.

Because of the long-standing conflict, Cubans, since 1966, receive benefits including a fast-track to permanent residency in the United States, even if they enter the country illegally, something no other countries citizens routinely enjoy. 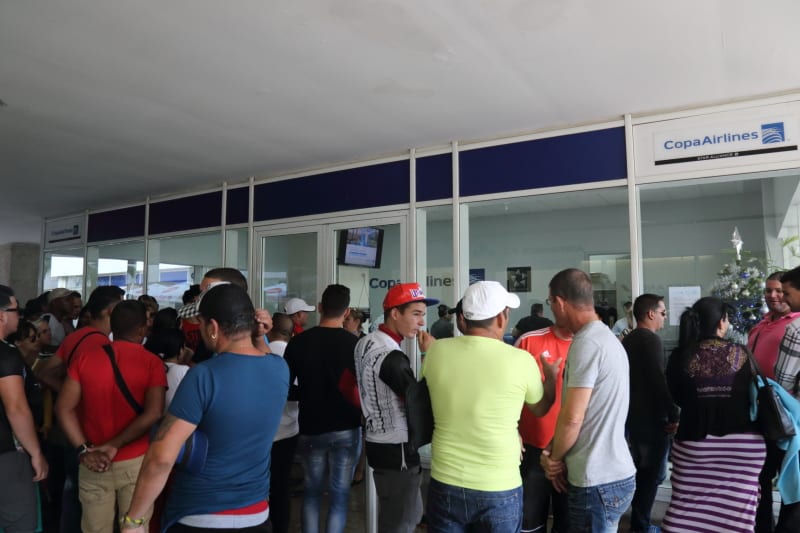 Washington justified the rules of the “Cuban Adjustment Act” by the political situation on the island, ruled for more than half a century ago by a one-party communist regime. Cuba, meanwhile, accuses the United States of trying to destabilize the country by encouraging illegal emigration.

The situation has given rise to several migratory crises including the “Mariel boatlift” in 1980, when more than 120,000 Cubans left on boats that came from Florida, and the “rafter crisis” of 1994, when tens of thousands of people took to the sea on makeshift rafts and boats.

Until the Ecuador option opened earlier this year, most Cubans wanting to emigrate tried to reach the United States mainly by sea.

5 thoughts on “Protest in Cuba at the Ecuadorian Embassy”