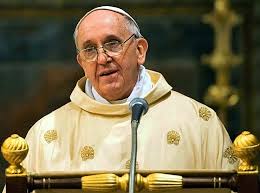 HAVANA TIMES (dpa) — Pope Francis will receive the President of Cuba, Raul Castro, on Sunday for a “strictly private” meeting at the Vatican, confirmed today the Holy See.

The meeting will take place on Sunday morning, the Vatican said in a brief statement. Castro will travel to Rome presumably from Moscow, where he will participate on Saturday in the celebration of the 70th anniversary of the end of World War II.

The Cuban leader, who was in Algeria on Monday as part of an official visit, arrived in Russia on Tuesday. Castro has been specially invited by Russian President Vladimir Putin to the celebrations for the 70th anniversary of the Allied victory over Nazi Germany.

The pope recently announced that he will visit Cuba in September before his scheduled trip to the United States, at a date yet to be specified. Jorge Bergoglio will be the third pope to visit the socialist island after John Paul II in 1998 and Pope Benedict XVI in 2012.

Pope Francis played a central role last year in the historic rapprochement between the US and Cuba. The Vatican mediated the 18 months of secret negotiations leading to the announcement of the political thaw between Washington and Havana on December 17.

Raul Castro and US President Barack Obama both thanked the Argentine pontiff for the mediation effort. The governments of Cuba and the United States are currently negotiating the reopening of embassies in their respective capitals.