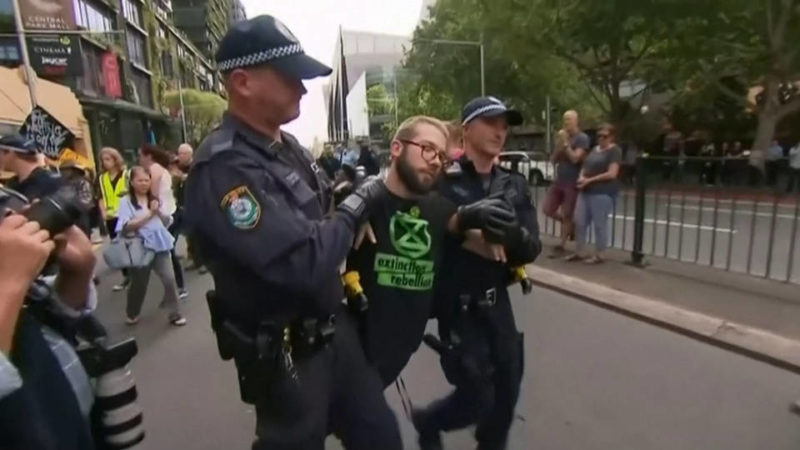 HAVANA TIMES – In climate news, scores of people have been arrested in civil disobedience actions as the group Extinction Rebellion kicked off two weeks of protests in 60 cities around the globe demanding urgent action on the climate crisis.
In Sydney, Australia, police arrested 30 people who blocked a major road. There were similar scenes in Melbourne, as well as in Wellington, New Zealand, where activists surrounded a government building that grants permits for oil and gas drilling.
In the Netherlands, 50 people were arrested after they erected a tent to block a road in central Amsterdam. In London, police arrested at least 20 people Monday as protesters have vowed to close down Parliament and Trafalgar Square. This is Lizzy Mansfield, one of the protesters.

Lizzy Mansfield: “We’re here because the government is not doing enough on the climate emergency. And the keyword is ’emergency,’ right? They declared an emergency after the rebellion in April, and then we’ve seen like surprisingly little action. So, we’re here to really like push home this is an emergency. You know, we only get one planet, and so we’re here to try and defend it.”

On Saturday, London police used a battering ram to break into a building used by Extinction Rebellion, seizing protest supplies and arresting 10 people on preemptive charges of suspicion of conspiracy to cause a public nuisance.