HAVANA TIMES — Sony Music Entertainment and the Empresa de Grabaciones y Ediciones Musicales (EGREM) signed a historical agreement on Tuesday in Havana that will allow many Cuban musicians and recordings to enter the international market through the wide door of the US music industry.

Cuban music made and recorded on the island since 1960 hasn’t received more important news (from a commercial standpoint) in the many decades of isolation and limitations in terms of international distribution.

The agreement was signed by executives from the two companies at Havana’s renowned Estudio Areito 101, a venue where a plethora of Cuban and foreign artists have been recording music since the 1940s, sealing more than two years of negotiations which profited from the winds of change blown by the newly-established relations between Cuba and the United States.

A Catalogue of Legends

In practical terms, the agreement will allow some 30,000 recordings and music videos by legendary Cuban musicians such as Bola de Nieve, Barbarito Diez, Celina Gonzalez, Elena Burke, Omara Portuondo and Compay Segundo and famous bands such as Aragon, Irakere and the Van Van to enter new distribution and marketing spaces, under a global licensing contract granted by EGREM, whose Cuban music catalogue is considered the broadest in the world. 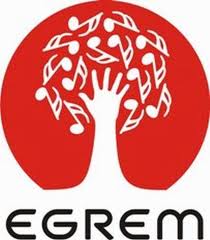 Cuba’s music and film arsenal will be made available in all music and video platforms available today. This will spell a commercial leap forward towards new technologies and into the hands of a whole new generation of listeners.

“We are delighted to be partnering with EGREM to share for the first time one of the largest and most acclaimed catalogs of Cuban music with fans across the globe,” said Sony Music Entertainment CEO Doug Morris in a communiqué. “This landmark agreement will help expand international awareness and appreciation of Cuban culture, Cuba’s rich musical heritage and its many wonderful artists.”

The historical agreement was signed by Afo Verde, Sony Music president for Latin America, Spain and Portugal, and Mario Escalona Serrano, EGREM general director. The document was signed in the presence of Edgar Berger, international president of Sony Music, who traveled to Havana to witness the hallmark event.

No details regarding the monetary scope of the agreement (believed to be in the millions of dollars) were offered. Though part of EGREM’s catalogue has been licensed by other prestigious music labels in the past, this is the first time a multinational corporation is granted access to the entire bulk of its recordings and film materials for international distribution over a period of several years.

Despite embargo restrictions, the commercial agreement was made possible thanks to an exception applied to informational materials and artistic products made by the US Treasury’s Office for Foreign Assets Control (OFAC).

This bold move by Sony Music in the Cuban music market could open the doors to other negotiations with US companies in the culture and entertainment sphere, and it will mean increased promotion of Cuban musicians in commercial circuits, as well as music events and award ceremonies around the world.