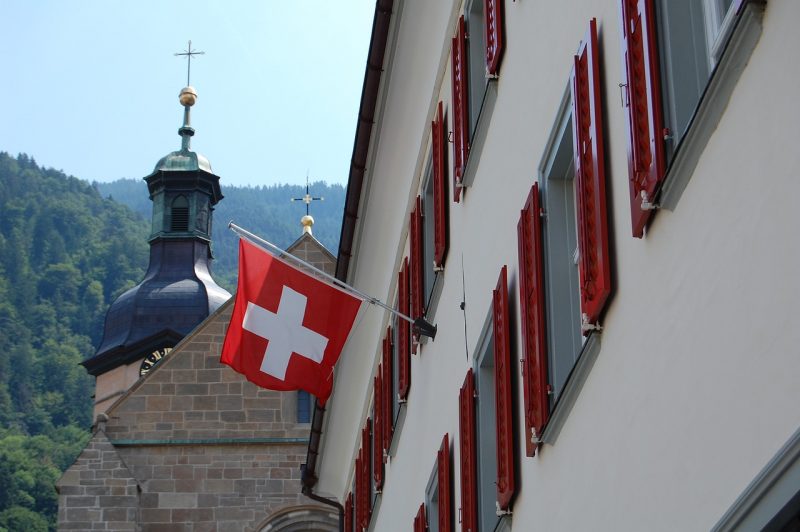 Switzerland imposes “selective sanctions” against six high officials of the Ortega regime, all accused of human rights violations in Nicaragua.

HAVANA TIMES – In response to the current situation in Nicaragua, the Federal Council of Switzerland has decided to impose “coercive measures” on six functionaries of Daniel Ortega’s regime. These come on top of the sanctions announced by the European Union in May. The targets are: Francisco Diaz, head of the National Police; Nestor Moncada Lau, the presidential couple’s espionage and political operator; Sonia Castro, former health minister; and Police Chiefs Ramon Avellan, Luis Alberto Perez Olivas, and Justo Pastor Urbina.

Former Nicaraguan ambassador to the OAS, Jose Luis Velasquez, terms the Swiss sanctions “unusual”. He asserts that there’s never been another case of that country issuing a condemnation “by name” against officials of a foreign government. This case has directly targeted the government of Daniel Ortega and Rosario Murillo.

“Switzerland has been the fiscal paradise where large quantities of money take refuge, money that has circulated internationally since the Second World War,” Velasquez assured during an interview on the television news program “Esta Noche” that transmits via YouTube and Facebook Live.

The argument for the Swiss sanctions, like that offered by the European Union and the United States, is the “continuous violation of human rights, democracy and the rule of law,” in Nicaragua.

Consequences of the Swiss sanctions

In a communique issued on Wednesday, June 24, the Swiss Federal Council announced that it would impose financial and travel sanctions against the six functionaries, including freezing any assets and blocking their entry into Switzerland or passage through the country.

As a consequence, Velasquez said the Ortega functionaries won’t be able to “put into safekeeping the resources that they’ve wrongfully appropriated” in Nicaragua.  He recalled the fact that Ortega and his government have administered under their own discretion over 3 billion dollars from the Venezuelan aid.

The Swiss Federal Council specified in the communique: “Currently, the measures are directed at two personal advisors to President Ortega and four high ranking representatives of the justice system and the Nicaraguan Police, accused of serious human rights violations.”

However, Velasquez feels that the Swiss sanctions, in addition to affecting those six specific functionaries, will have serious consequences for Nicaragua and its access to funding from Swiss foreign cooperation.

According to the official Swiss government website, that country’s principal imports from Nicaragua are precious metals and agricultural products such as bananas and coffee.  In 2018, that trade relation had a value of nearly US $80 million.

On the other hand, Nicaragua buys machinery, pharmaceutical products, optical supplies and medical instruments from Switzerland. These imports represented the equivalent of US $5.5 million in 2018.

The Federal Council specified that the assets that were frozen should be immediately reported to the Swiss government’s Secretary of State for Economic Matters.  The communiqué clarified that “these sanctions are not directed against the Nicaraguan people.”

The arguments behind the Swiss sanctions

The Council provided an individual rationale for each of the six Ortega functionaries that received sanctions.  These were as follows:

“Responsible for grave human rights violations and the repression of civil society and the democratic opposition in Nicaragua, including actions on the part of the principal police forces that committed violent acts against civilians, involving excessive use of force, arbitrary detentions and detentions and torture.”

“Responsible for grave human rights violations and the repression of civil society and the democratic opposition in Nicaragua, including coordination of the repression against demonstrators in Masaya in 2018.”

“Responsible for grave human rights violations and the repression of civil society and the democratic opposition in Nicaragua, including hindering access to emergency medical assistance for wounded citizens who were involved in the protests, and ordering hospital personnel to inform the police when demonstrators were taken to the hospital.”

“In this capacity, he has been directly involved and is responsible for decisions made on matters of national security and the establishment of the Nicaraguan State’s repressive policies against the people that participated in demonstrations, representatives of the opposition and journalists in Nicaragua from April 2018 forward.”

“Responsible for grave human rights violations including torture, the use of excessive force, mistreatment of detainees and other forms of degrading treatment.”

This unit “has been directly involved in the implementation of repressive policies against the demonstrators and the Nicaraguan opposition, especially in Managua. In this context, he’s responsible for grave human rights violations and for the repression of civil society and the democratic opposition in Nicaragua.”

Switzerland hopes for a peaceful solution

The Federal Council also stated that it was “very concerned about the ongoing weakening of democracy, the state of law and human rights in Nicaragua,” and urged the government “to respect and protect the national and international laws on human rights, especially those related to freedom of expression and assembly.”

Nicaraguans today face a de facto police state, imposed in September 2018 to squelch the anti-government protests that exploded in April of that year. The repression the Ortega government exerted against the so-called April Rebellion left at least 325 dead, thousands of wounded, more than 860 political prisoners – of which 85 still remain in prison – and some 100,000 Nicaraguans in exile due to the political persecution.

The Swiss Federal Council added that the government of Daniel Ortega “should respect the fundamental rights of its citizens, as defined in the two agreements made with the opposition in March 2019 and should implement a genuine electoral reform.” The protests against Ortega were in demand of justice, liberty and democracy and early elections, which never occurred. According to the electoral calendar, the next general elections are foreseen for November 2021.

“Continuing with their 40 years of commitment with Nicaragua’s development, Switzerland is prepared to support efforts to find a peaceful solution to this socio-political conflict,” the communique added.

The measures announced by the Federal Council were made effective immediately, beginning that same June 24, 2020.