HAVANA TIMES – The British government is executing Operation Matterhorn to rescue some 156,000 holidaymakers after the huge Thomas Cook Travel Co. went bust on Monday, reports the Daily Mail. The tourists to be flown home include an estimated 2,700 from three Cuban airports.

The first 15,000 tourists were repatriated on Monday on 61 flights.  In all over 1,000 flights are planned in the coming two weeks. They will be flown from 52 airports in 18 countries notes the Daily Mail.

The Cuban airports involved are in Holguin, Jardines del Rey and Varadero.

Reuters reported that “flights by collapsed tour operator Thomas Cook’s TCG.L German subsidiary Condor were operating as normal and there is no need for a major repatriation mission, a spokesman for the German Aviation Association (BDL) said on Monday.”

The following is a list of the different countries and airports from which the travelers will be picked up and returned to Great Britain. 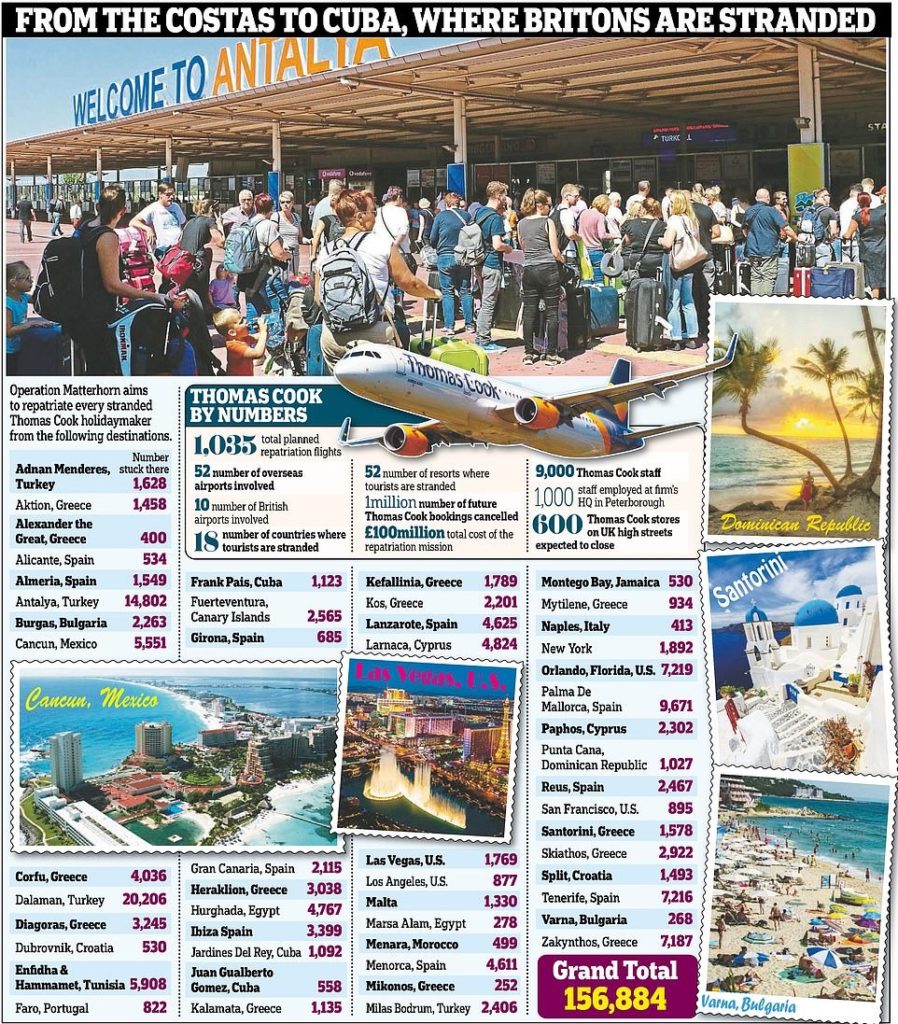