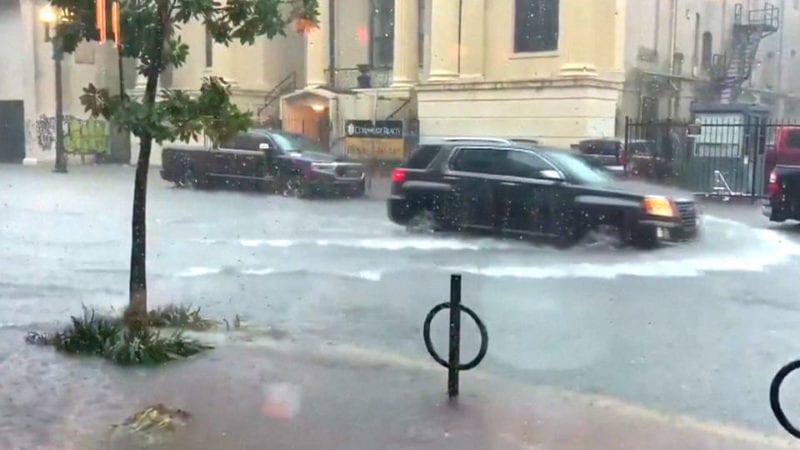 HAVANA TIMES – In Louisiana, floodwaters from heavy rains have left much of New Orleans and parts of the Gulf Coast underwater, as Tropical Storm Barry churns offshore ahead of its predicted landfall as a Category 1 hurricane on Saturday, reports Democracy Now.

Ahead of the storm’s landfall, Louisiana Governor John Bel Edwards has declared a state of emergency.

Barry is currently moving at only 5 mph on a westerly track with winds currently at 40 mph, reports the National Hurricane Center.  As the storm is near stationary, heavy rainfall accumulation is expected in the coming days.

As the storm is moving west it is not forecast to have any effect on Cuba.