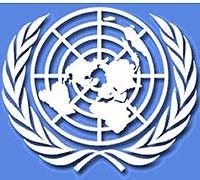 HAVANA TIMES (dpa) – The UN General Assembly today condemned for the twenty-third straight time the US trade and economic embargo imposed on Cuba for over half a century, reported dpa news.

A total of 188 of 193 countries voted against the restrictions the US government imposed on Havana back in 1962, after the triumph of Fidel Castro’s revolution a few years earlier. The goal of the embargo is to create sufficient hardship on the island to provoke a regime change.

Three nations (Micronesia, Palau and the Marshall Islands) abstained, while only the US and Israel voted against the non-binding resolution.

In asking for the support of the global body to condemn the embargo, Cuban Foreign Minister Bruno Rodriguez said, “We invite the government of the United States to join us in a mutually respectful relationship, on a reciprocal basis.”

In the debates leading up to the vote on Tuesday, several delegations praised Cuban international cooperation, citing the example of their contribution to the fight against Ebola in West Africa. Havana has sent more than 250 physicians and other health workers in recent weeks to the affected countries.

In his address to the UN General Assembly, US Ambassador Ronald Godard, said that such support is no excuse for “the way the Cuban regime treats its own people.”In recent weeks it has become more apparent that opposition to the embargo is growing within the United States. The influential newspaper “The New York Times” ran a series of editorials saying the time had come to end the embargo.