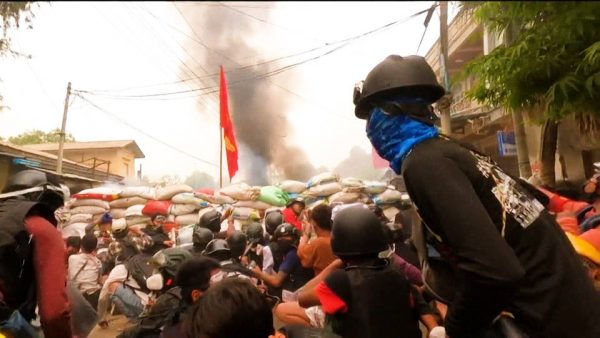 HAVANA TIMES – A UN official is warning Burma could be headed toward civil war, and appealed to the Security Council to take action to avoid an imminent “bloodbath.”

At least 543 people have been killed, including dozens of children, in the brutal crackdown on protests following the February 1 military coup.

The shadow government has also called for a “revolution” to counter the military junta and said it would work on forming a unity government and drafting a new constitution. On Thursday, protesters burned copies of the 2008 military constitution on the streets of Rangoon.

Protester: “I agree 100% with what the committee representing Burma’s government in exile is doing right now, as we hope to become a federal army. And as a member of the youth, I would like to join that army.”