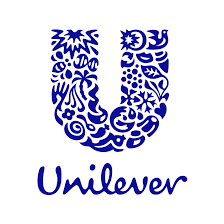 HAVANA TIMES — The Dutch multinational Unilever, one of the largest global manufacturers of personal hygiene and home care products will return to Cuba after being authorized to create a joint venture with majority ownership, reported dpa news.

The company, which will partner with the State firm Intersuchel, will invest more than US $35 million and should begin operating this year in the free zone of the port of Mariel, located about 40 kilometers west of Havana.

Unilever will hold 60 percent of the shares in the “joint venture” according to the announcement by the Dutch company and representatives of the Cuban government, coinciding with a visit to the island by the Netherlands’ Foreign Trade Minister, Lilianne Ploumen.

The European multinational had ceased production on the island in 2012, after having operated since 1994.

Over these last years, Unilever conducted negotiations with the Cuban authorities and finally came to an agreement allowing for the majority foreign ownership.

To date, it is rare for foreign companies to have a majority in the “joint ventures” with the Cuban State companies. Joint ventures are the most common mode of operation for foreign investment on the island,.

“We hope that Dutch companies can come, invest and work with the Cuban side” said Ploumen, who arrived Sunday to the island accompanied by a delegation of 77 representatives of Dutch companies. It was a “long process” of negotiation, she noted.

“I believe that Cuba will be a big market for us,” said Fabio Prado, division president of Unilever for Mexico and the Caribbean.

“In order to stimulate the economy and employment, we opted for local production,” added the manager, who spoke of the creation of 300 direct jobs on the island.

“We will be producing on Cuban soil international brands such as Sunsilk, Omo, Lux and Close-Up,” he added.

According to the plan approved by the Cuban Council of Ministers, the joint venture Unilever-Suchel will build a facility at Mariel for the production of toiletries, personal care products, cleaning and home care products and also will be responsible for distribution throughout the country. The production itself should begin in late 2017.

Unilever, one of the largest companies in the field, sells around 50 billion euros a year (about 54 billion USD) and operates in 190 countries with 300 brand names. The firm, which also features British capital, is the first Dutch company authorized to operate in Mariel.

Since late 2013, Cuba has been trying to attract foreign investment to the Mariel Special Development Zone, offering tax advantages. The container port and free trade zone are one of the main projects of the government of Raul Castro to try to overcome the chronic economic crisis on the island.