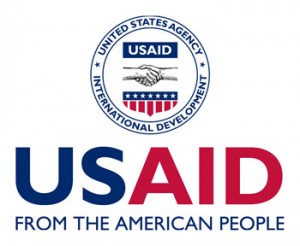 HAVANA TIMES — The United States Agency for International Development (USAID) has today denied any secrecy in the clandestine programs conducted by the US government in Cuba to try to promote democracy (bring on regime change).

“Congress has funded pro-democracy programs in Cuba to enhance access of Cubans to more information and the strengthening of civil society,” said agency spokesperson Matt Herrick in a statement issued. He said that all programs conducted by USAID in Cuba are publicly available on the web foreignassistance.gov.

“This work is not secret, it is not hidden and is not illegal,” said the spokesman, after the Associated Press revealed a program of the Obama administration starting in 2009 to send Latin American youth to Cuba to provoke political change using as a cover there participation in health and civic programs.

The objective of the program, conducted by the NGO Creative Associates International, a USAID contractor, was, according to AP, to start a rebellion on the island.

Creative Associates International declined to comment and referred any questions on the subject to USAID.

The administration’s clandestine programs in Cuba received the support of congressional Republicans from Florida, Ileana Ros-Lehtinen and Mario Diaz-Balart, who support actions to “promote democracy” in Cuba.

“That USAID is using measures to promote democracy in Cuba is no secret,” said Ros-Lehtinen. This congresswoman believes in the need to “keep the pressure on the Castro regime and continue to support the Cuban people, who live under oppression every day.”

Diaz-Balart said that “the efforts of the Department of State and USAID to bring information to the Cuban people and find creative ways for Cubans to communicate among themselves and with the outside world, are precisely the kind of activities that the United States should continue conducting in closed societies.”

“America has a noble history of helping the oppressed achieve freedom. We should continue to do so in Cuba and in any other corner of the world where freedom is threatened,” said Diaz-Balart, who like Ros-Lehtinen is Cuban origin.

Last April, USAID defended its project of a false social network called  ZunZuneo, a “Cuban twitter” promoted on the island through mobile phone messages between 2009 and 2012. This program was also conducted by Creative Associates International under USAID contract.